Y Sidi and B S Mitchell

5-Amino-4-imidazolecarboxamide riboside 5'-monophosphate (ZMP) is an intermediate in the purine de novo synthetic pathway that may be further metabolized to inosine 5'-monophosphate, degraded to the corresponding nucleoside (5-amino-4-imidazole-carboxamide riboside; Z-riboside), or phosphorylated to the corresponding 5'-triphosphate (ZTP). Accumulation of ZTP in microorganisms has been associated with depletion of folate intermediates that are necessary for the conversion of ZMP to inosine 5'-monophosphate and has been postulated to play a regulatory role in cellular metabolism. We have shown the presence of Z-nucleotides in erythrocytes derived from five individuals with the Lesch-Nyhan syndrome. Erythrocyte folate levels were within the normal range, although guanosine triphosphate levels were significantly reduced below those in normal controls (P less than 0.01). A small amount of Z-nucleotide accumulation was also found in one individual with partial deficiency of the enzyme hypoxanthine guanine phosphoribosyltransferase and in two individuals with other disorders of purine overproduction. In contrast, no Z-nucleotides were detected in 13 normal controls or in three individuals with hyperuricemia on allopurinol therapy. We conclude that Z-nucleotide formation may result from markedly increased rates of de novo purine biosynthesis. It is possible that metabolites of these purine intermediates may play a role in the pathogenesis of the Lesch-Nyhan syndrome. 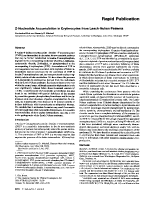 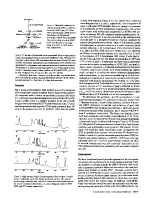 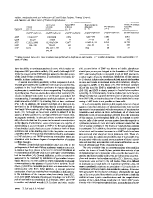 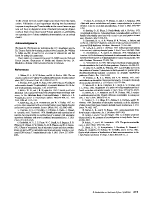