Tumor-derived transforming growth factors (TGF) have been proposed as possible mediators of hypercalcemia in malignancy. We have studied the action of recombinant human TGF-alpha in cultured bone cells and in bone explant cultures. In clonal UMR-106 rat osteosarcoma cells, TGF-alpha and epidermal growth factor (EGF) were equipotent in binding to the EGF receptor. TGF-alpha and EGF both stimulated resorption of neonatal mouse calvaria, and maximal responses were obtained with 10 ng/ml of TGF-alpha after 72 h in culture. The effects of both TGF-alpha and EGF in calvaria, but not those of parathyroid hormone, were inhibited by 5 X 10(-7) M indomethacin. Fetal rat limb bone cultures were less sensitive to TGF-alpha than neonatal mouse calvaria, with a concentration of 30 ng/ml being required to stimulate resorption in this system. The bone-resorbing activity of TGF-alpha in fetal rat bones was inhibited by 10 ng/ml calcitonin but not by 5 X 10(-7) M indomethacin. EGF at concentrations up to 300 ng/ml did not stimulate resorption of the limb bones at time periods up to 66 h. The results indicate that human TGF-alpha is a potent bone-resorbing agent, and support the concept that this growth factor exhibits some effects distinct from those of EGF. TGF-alpha could play an etiologic role in the hypercalcemia of malignancy. 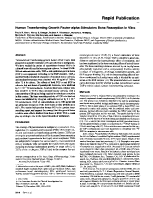 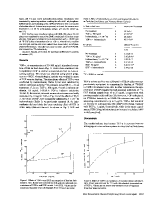 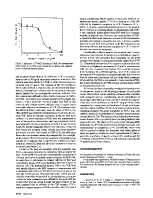 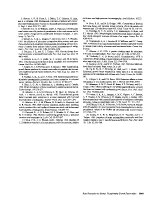