Expression of complement proteins C2 and factor B in transfected L cells.

Factor B and C2 are structurally and functionally similar complement proteins encoded by genes that are closely linked within the class III region of the major histocompatibility complex (MHC). In this study, restriction endonuclease digestion of cosmid DNAs isolated from an H-2d murine genomic library indicated that the chromosomal organization of these two genes was similar in mouse to that in man. To further characterize their expression, cosmid DNAs encoding human and murine factor B and C2 were introduced into mouse L cells by DNA-mediated gene transfer. Factor B expression was demonstrated in cells transfected with either the human or the murine gene, but not in cells transfected with a control plasmid. Synthesis and secretion of factor B by L cells transfected with the human and murine cosmids was similar to that of human and murine cells in primary culture. An interspecies variation between human and murine factor B was identified and reproduced with extraordinary fidelity by the mouse fibroblast. In contrast, C2 RNA and protein were expressed by L cells alone and by L cells transfected with a control plasmid, as well as by L cells transfected with cosmids encoding human and murine complement genes. Expression of the transferred human C2 gene was demonstrated by the presence of a new distinct C2 RNA transcript and secretion of biologically active human C2. These results demonstrate the similarity of organization of the murine and human class III MHC regions. Expression of the two closely linked gene products, C2 and factor B, after DNA-mediated gene transfer provides a system for further analysis of regulation in both normal and deficient states. 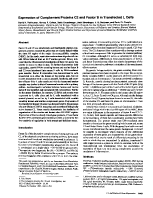 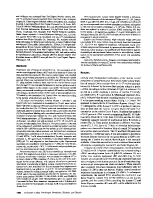 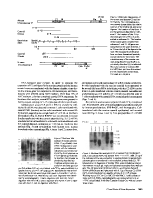 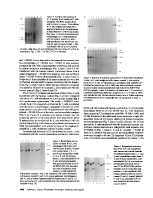 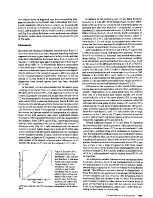 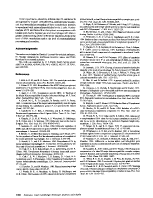