Postischemic acute renal failure (ARF) induced by cardiac surgery is commonly prolonged and may be irreversible. To examine whether persistence of postischemic, tubular cell injury accounts for delayed recovery from ARF, we studied 10 patients developing protracted (36 +/- 4 d) ARF after cardiac surgery. The differential clearance and excretion dynamics of probe solutes of graded size were determined. Inulin clearance was depressed (5.0 +/- 1.7 ml/min), while the fractional urinary clearance of dextrans (radii 17-30 A) were elevated above unity. Employing a model of conservation of mass, we calculated that 44% of filtered inulin was lost via transtubular backleak. The clearance and fractional backleak of technetium-labeled DTPA ([99mTc]DTPA, radius = 4 A) were identical to those of inulin (radius 15 A). The time at which inulin or DTPA excretion reached a maximum after an intravenous bolus injection was markedly delayed when compared with control subjects with ARF of brief duration, 102 vs. 11 min. Applying a three-compartment model of inulin/DTPA kinetics (which takes backleak into account) revealed the residence time of intravenously administered inulin/DTPA in the compartment occupied by tubular fluid and urine to be markedly prolonged, 20 vs. 6 min in controls, suggesting reduced velocity of tubular fluid flow. We conclude that protracted human ARF is characterized by transtubular backleak of glomerular ultrafiltrate, such that inulin clearance underestimates true glomerular filtration rate by approximately 50%, and by sluggish tubular fluid flow, which strongly suggests the existence of severe and generalized intraluminal tubular obstruction. Because all patients also exhibited extreme hyperreninemia (16 +/- 2 ng/ml per h) that was inversely related to inulin clearance (r value = -0.83) and urine flow (r value = -0.70), we propose that persistent, angiotensin II-mediated renal vasoconstriction may have delayed healing of the injured tubular epithelium. 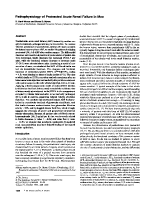 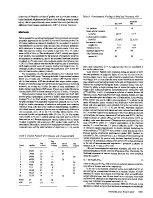 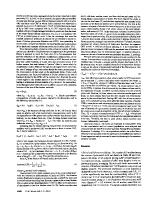 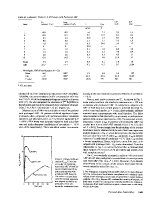 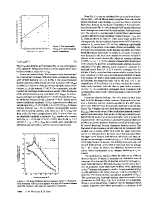 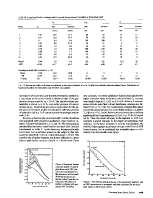 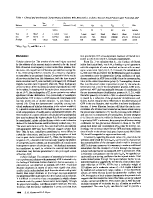 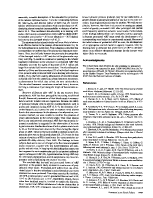 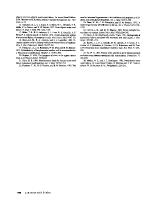