The growth of erythroid colonies (from erythroid colony-forming cells) and erythroid bursts (from burst-forming cells [BFU-E]) is enhanced in the presence of serum as compared with plasma. A significant proportion of the enhanced growth is due to the platelet release product, platelet-derived growth factor (PDGF). Colony growth in cultures of whole marrow cells in platelet-poor plasma-derived serum (PDS) and erythropoietin was enhanced in a dose-dependent fashion by increasing concentrations of purified human PDGF with optimal enhancement at 12.5 ng/ml. However, no effect of platelet-release products or PDGF was observed on nonadherent human marrow cells or peripheral blood BFU-E, suggesting that an accessory cell population was required for the effect of PDGF on hematopoietic progenitors. In a two-layer culture system, pure populations of fibroblasts or smooth muscle cells, known to be present in the marrow microenvironment, restored the response of nonadherent marrow cells in the overlayer to PDGF and also conferred responsiveness to peripheral blood BFU-E. Endothelial cells in the two-layer culture system and macrophages, in contrast, lacked the ability to restore the enhancing effect of PDGF. Because other platelet-release mitogenic products are also found in serum, a monospecific anti-PDGF IgG preparation was added to cultures grown in platelet rich plasma-derived serum. Only partial reduction in colony and burst growth was seen, suggesting that other platelet-release products were acting in this system. These results demonstrate that PDGF enhancement of human hematopoietic progenitor cell growth requires mesenchymal cells, and provide an example and mechanism by which growth factors may influence hematopoietic progenitors via cells of the marrow microenvironment. 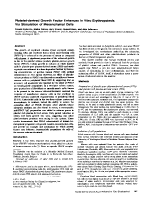 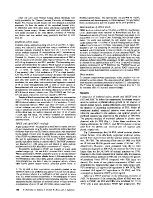 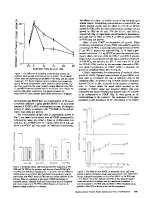 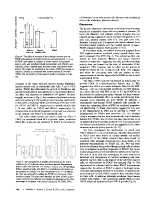 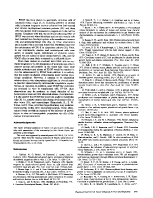 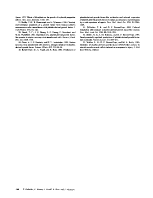