Increased insulin sensitivity and responsiveness of glucose metabolism in adipocytes from female versus male rats.

Find articles by Leturque, A. in: JCI | PubMed | Google Scholar

This study was undertaken to examine whether there were sex-associated differences in the action of insulin on glucose metabolism in adipocytes. Insulin binding and the dose-response curves for glucose transport (assessed by measuring the cell-associated radioactivity after 15-s incubation with 50 microM [6-14C]glucose) and [U-14C]glucose (5 mM) metabolism into CO2 and lipids were compared in retroperitoneal adipocytes from age-matched (84 d) male and female rats. In addition, the activity of fatty acid synthetase, one of the key lipogenic enzymes, was determined. Fat cell size was not significantly larger in females than in males (0.238 vs. 0.209 microgram lipid per cell). At insulin concentrations less than or equal to 1.6 nM, adipocytes from females bound significantly more insulin than did adipocytes from males, due to an increased apparent affinity of the receptors for insulin. Accordingly, the sensitivity of glucose transport to insulin was greater in females than in males: insulin concentration eliciting half-maximal stimulation (ED50) = 0.19 nM vs. 0.41 nM. At maximal insulin stimulation the rates of glucose transport (12 times the basal values) were similar in the two sexes. In contrast, the maximal effect of insulin on glucose conversion to CO2 plus lipids was much greater in the adipocytes from females than males (increment over basal: 472 vs. 249 nmol/10(6) cells per 2 h). Fatty acid synthesis contributed approximately 40% of the incremental difference between the two types of adipocytes, while glyceride-glycerol synthesis contributed less than 10%. The insulin dose-response curves for adipocytes from females were shifted to the left for all the metabolic pathways investigated. The mean ED50 for total glucose metabolism in females was 50% of that in males (0.07 nM vs. 0.15 nM). Marked sex-associated differences in the action of insulin on glucose metabolism were also observed in subcutaneous inguinal adipocytes (increment over basal: 137 and 56 nmol/10(6) cells per 2 h, ED50 = 0.13 nM and 0.30 nM in females and males, respectively). The intracellular capacity to metabolize glucose through the fatty acid synthesis pathway, as assessed by FAS activity, was higher in adipocytes from females than in those from males and was greater in retroperitoneal than in inguinal adipocytes. Furthermore, by plotting the individual data, a highly significant correlation (r = 0.92, P less than 0.001) was found between the absolute effect of insulin on glucose metabolism at maximal stimulation and the fatty acid synthetase activity of the cells. These results indicate that the response of glucose metabolism to insulin in adipocytes from female as compared with male rats is characterized by two main features: (a) an increased sensitivity primarily due to an increase in insulin binding, and (b) an increased responsiveness closely associated with a postreceptor increase in the lipogenic capacity of the cell. These findings might be relevant to the differential disposition of male and female rats to develop fatness. 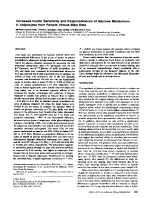 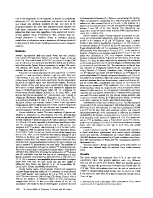 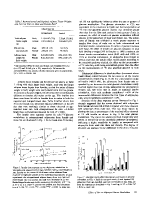 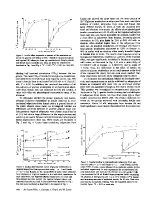 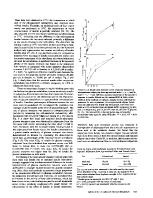 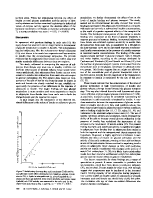 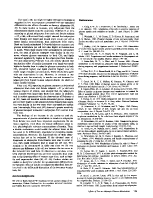 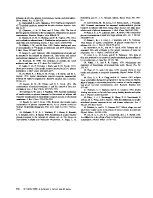