Find articles by Bakke, A. in: JCI | PubMed | Google Scholar

Interleukin-2 (IL-2) production in vitro is depressed in systemic lupus erythematosus (SLE) patients. It is not known whether this abnormality is caused by a defect in the producer lymphocytes or by excessive suppression. We report that removal of OKT8 (Leu 2a)+ cells increased the IL-2 production by in vitro-stimulated lymphocytes to normal or above normal levels in 19 of 21 SLE patients. This increase was more apparent in those patients with clinically inactive disease and/or receiving less than 7.5 mg of prednisone. Removal of OKT8+ cells from normals did not significantly increase IL-2 activity. SLE, but not normal, OKT8+ cells decreased IL-2 production when added back to autologous OKT8-depleted cells. In some experiments, OKT8+ cells from normal donors also suppressed IL-2 production in SLE. This result suggests that the defect in IL-2 production is complex and may involve multiple cell interactions. Three lines of evidence suggest that the SLE OKT8+ cells actively inhibit the production of IL-2 rather than passively absorb this lymphokine: (a) only 3.2% of SLE lymphocytes expressed IL-2 receptors as detected with anti-Tac; (b) freshly prepared SLE lymphocytes did not absorb IL-2; and (c) cell-free supernatants from SLE OKT8+ cells inhibited IL-2 production, but not IL-2 activity. Double-labeling studies by flow cytometry revealed that 19.3% of SLE OKT8+ cells were also Ia-positive, and approximately 33% co-expressed the natural killer cell marker, HNK-1 (Leu 7). Removal of Leu 7+ cells also significantly elevated IL-2 production in SLE. These studies suggest that one or more circulating mononuclear cell subsets in SLE patients can suppress IL-2 production and that one subset may possibly belong to a non-T, non-B "third mononuclear population." 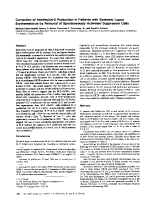 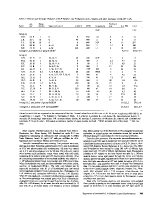 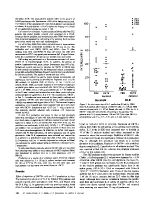 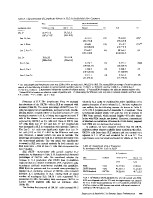 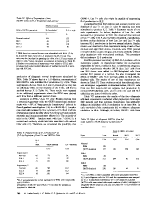 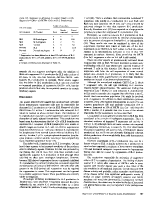 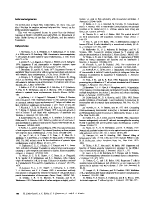