Influence of chronic lactulose ingestion on the colonic metabolism of lactulose in man (an in vivo study).

Find articles by Flourie, B. in: JCI | PubMed | Google Scholar

Find articles by Leblond, A. in: JCI | PubMed | Google Scholar

The effects of a chronic load of nonabsorbable sugars on intracolonic bacterial metabolism of carbohydrates and on H2 breath excretion are disputed. However, most of the discussion relies on indirect evidence or on results of in vitro studies. Thus, we attempted to assess directly and in vivo the effects on intracolonic metabolism of lactulose of a chronic oral load of this nonabsorbable disaccharide. 20 g of lactulose was given orally twice daily during 8 d to eight normal volunteers. In all, breath H2 concentration was measured on days 1 and 8 after ingestion of the morning lactulose dose. In four subjects, stools were collected during 2 d at the beginning and at the end of the lactulose maintenance period to measure fecal pH and daily outputs of carbohydrates and beta-galactosidase. The four other subjects were intubated on days 1 and 8 to measure the pH and the concentrations of carbohydrates, lactic acid, and volatile fatty acids (VFA) in the distal ileum and cecal contents. Moreover, 14C-lactulose was added to cold lactulose and 14CO2 breath outputs determined. Pulmonary H2 excretion fell from day 1 to day 8 (P less than 0.05), whereas 14CO2 excretion increased (P less than 0.01). Fecal water pH, lactic acid, and VFA concentrations did not vary between the two stool collection periods. 24-h fecal weight, fecal water, and carbohydrate outputs showed a trend to decrease between days 1 and 2 and days 7-8, whereas beta-galactosidase activity rose markedly (P less than 0.01). No significant variations were observed for all parameters measured in ileal fluid. In the cecum, areas under the concentration curves decreased from day 1 to day 8 for lactulose, galactose, and fructose (P less than 0.01), while an increase was found for lactic acid (P less than 0.001), acetic acid (P less than 0.0001), and total VFA (P less than 0.001). Cecal fluid pH dropped faster (P less than 0.05) and to a lower level (P less than 0.05) on day 8 than on day 1. These data clearly show that a chronic load of a nonabsorbable sugar induces changes in colonic bacterial metabolic pathways resulting in a better efficiency of the flora to digest the carbohydrate. 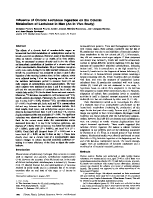 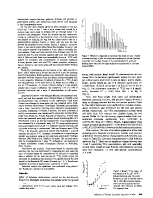 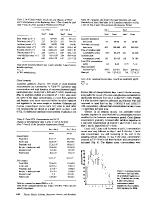 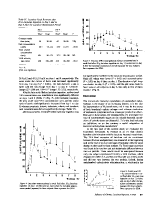 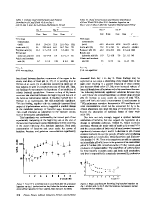 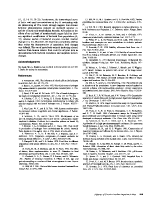