Presence of the Tn antigen on hematopoietic progenitors from patients with the Tn syndrome.

Find articles by Testa, U. in: JCI | PubMed | Google Scholar

Find articles by Henri, A. in: JCI | PubMed | Google Scholar

Find articles by Tabilio, A. in: JCI | PubMed | Google Scholar

The Tn syndrome is an acquired clonal disorder characterized by the exposure of a normally hidden determinant, the Tn antigen, on the surface of human erythrocytes, platelets, granulocytes, and lymphocytes. Two distinct populations, Tn positive (Tn+) and Tn negative (Tn-), of mature hemopoietic cells are present in Tn patients. To determine whether the Tn antigen is already expressed on erythroid, myeloid, and pluripotent progenitors, light-density mononuclear blood cells from two patients with this syndrome were separated by fluorescent-activated cell sorting and by affinity chromatography into Tn+ and Tn- fractions, using their binding properties to Helix pomatia agglutinin (HPA). Burst-forming-unit erythroid (BFU-E), colony-forming-unit granulocyte/macrophage (CFU-GM), cells were assayed in plasma clot cultures. After 12-14 d of culture, colonies were studied by a double fluorescent labeling procedure. First, a fluorescein-conjugated HPA permitted evaluation of the presence or absence of the Tn antigen at the surface of the cells composing each colony, and second, the binding of a murine monoclonal antibody against either glycophorin A (LICR-LON-R10) or against a myeloid antigen (80H5), revealed by an indirect fluorescent procedure, was used to establish the erythroid or myeloid origin of each cell. The Tn+ fraction obtained by cell sorting gave rise to nearly 100% Tn+ colonies composed exclusively of cells bearing this antigen. The reverse was observed for the Tn- cell fraction. These results demonstrate that in the Tn syndrome, BFU-E, CFU-GM, and CFU-GEMM of the Tn+ clone express the Tn antigen at this early stage of differentiation. 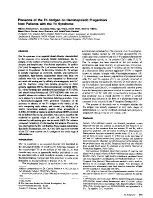 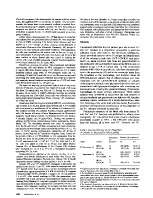 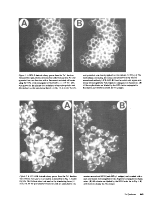 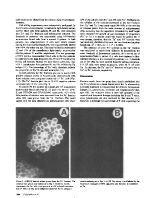 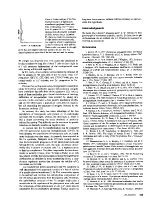 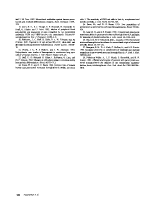