Structural and functional evolution of jejunal allograft rejection in rats and the ameliorating effects of cyclosporine therapy.

We assessed the structural and functional evolution of small intestinal transplant rejection in a rat model by use of 1-micron section, electron microscopic, and in vitro electrophysiologic techniques to study jejunal mucosa 3, 6, and 9 d posttransplantation. The earliest structural abnormalities detected in jejunal loops transplanted from Lewis X Brown Norway F1 hybrids into Lewis rats occurred within 3 d posttransplantation and consisted of focal endothelial cell injury of the microvasculature and focal injury of crypt epithelial cells. Both alterations were associated with adjacent infiltration of large lymphoid cells, and both markedly progressed and became rather diffuse over the following 6 d. In contrast, villus absorptive cells were not markedly altered in structure until the 9th postoperative day. As compared with host jejuna, allograft jejunal epithelium demonstrated multiple functional abnormalities. Transepithelial resistance declined progressively by days 6 and 9 (both P less than 0.05), although baseline transepithelial spontaneous potential difference was only affected at day 9 (P less than 0.01). Stimulated absorption by allograft jejuna, as assessed by measuring electrical response to mucosal glucose, was not significantly diminished until day 9 (P less than 0.05). In contrast, stimulated secretion assessed by measurement of electrical response to serosal theophylline was diminished by day 6 (P less than .01). These data suggest that the earliest epithelial injury during rejection, as judged both structurally and functionally, occurs in the crypt and is paralleled by endothelial injury at the level of the microvasculature. Thus, the primary targets for rejection are most likely endothelial cells and crypt epithelial cells. In contrast, structural and functional impairment of villus epithelium is detectable only at substantially later times during rejection and are most likely secondary processes related to either ischemia produced by microvascular injury or decreased epithelial regenerative ability secondary to crypt injury. Last, we show that the detrimental structural and functional sequellae of jejunal transplantation across the major histocompatibility complex in this model is strikingly ameliorated with cyclosporine therapy. 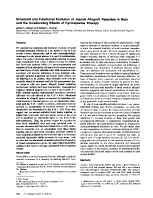 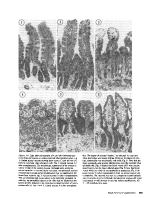 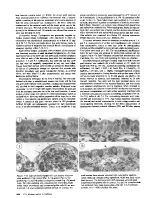 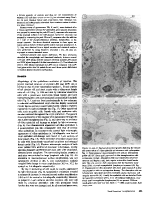 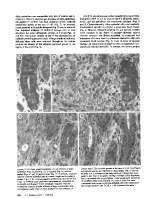 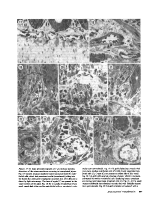 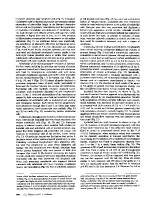 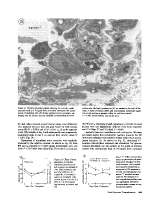 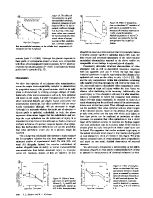 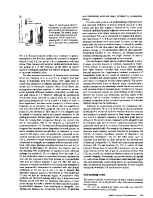 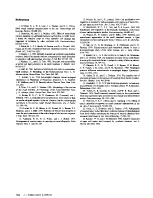