Deoxyadenosine has been implicated as the toxic metabolite causing profound lymphopenia in immunodeficient children with a genetic deficiency of adenosine deaminase (ADA), and in adults treated with the potent ADA inhibitor deoxycoformycin. However, the biochemical basis for deoxyadenosine toxicity toward lymphocytes remains controversial. The present experiments have examined in detail the sequential metabolic changes induced in nondividing human peripheral blood lymphocytes by incubation with deoxyadenosine plus deoxycoformycin, or with 2-chlorodeoxyadenosine (CdA), an ADA resistant deoxyadenosine congener with anti-leukemic and immunosuppressive properties. The lymphotoxic effect of deoxyadenosine and CdA required their phosphorylation, and was inhibited by deoxycytidine. As early as 4 h after exposure to the deoxynucleosides, strand breaks in lymphocyte DNA began to accumulate, and RNA synthesis decreased. These changes were followed by a significant fall in intracellular NAD levels at 8 h, a drop in ATP pools at 24 h, and cell death by 48 h. Incubation of the lymphocytes with 5 mM nicotinamide, a NAD precursor and an inhibitor of poly(ADP-ribose) synthetase, prevented NAD depletion. The nicotinamide treatment also rendered the lymphocytes highly resistant to deoxyadenosine and CdA toxicity, without altering dATP formation or the accumulation of DNA strand breaks. The poly(ADP-ribose) synthetase inhibitor 3-aminobenzamide exerted a similar although less potent effect. These results suggest that NAD depletion, probably triggered by poly(ADP-ribose) formation, is the principle cause of death in normal resting human lymphocytes exposed to deoxyadenosine plus deoxycoformycin, or to CdA. 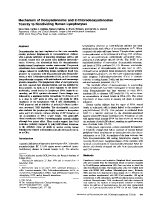 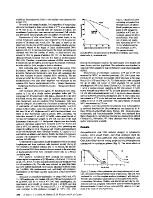 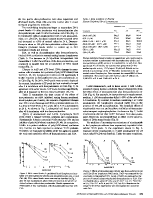 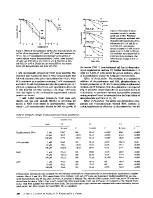 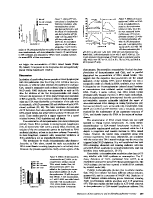 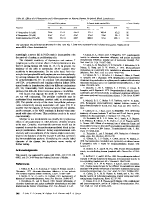 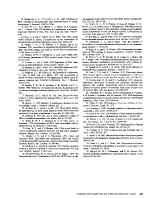