Stereospecific transport of triiodothyronine from plasma to cytosol and from cytosol to nucleus in rat liver, kidney, brain, and heart.

We have investigated the transport of L- and D-triiodothyronine (T3) from plasma to cellular cytoplasm and from cytoplasm to nucleus by estimating the concentration of free hormone in these compartments in rat liver, kidney, brain, and heart. We assessed the distribution of T3 in various tissues and its metabolism by standard isotopic techniques and measured plasma and cytosolic tissue T3 by radioimmunoassay. In addition, we determined the fraction of radiosensitive T3 associated with the cytosol in individual tissues and estimated the cytosolic volume per gram of tissue. Equilibrium dialysis allowed us to determine the binding power of cytosols and plasma, and in vitro saturation techniques provided values for the affinity (ka) for L- and D-T3 of isolated nuclei in aqueous solution at 37 degrees C. We calculated the free cytosolic hormone from the product of cytosolic T3 and the binding power of cytosol for T3, and the free intranuclear T3 from the ka and previously determined ratio of occupied-to-unoccupied binding sites under steady state conditions in euthyroid animals. Our results showed that the free cytosolic/free plasma concentrations for L-T3 and D-T3, respectively, were: liver 2.8, 21.6; kidney 1.17, 63.3; heart 1.31, 1.58; brain 0.86, 0.24. The free nuclear/free cytosolic ratios for L-T3 and D-T3, respectively, were: liver 58.2, 3.70; kidney 55.9, 1.54; heart 80.6, 24.9; and brain 251, 108.6. Our findings suggest that stereospecific transport occurs both from plasma to cytosol and from cytosol to nucleus. The high gradients from cytosol to nucleus imply that there is an energy-dependent process and appear to account for the differences in the nuclear association constant determined in vivo and in vitro. 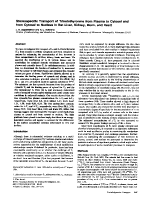 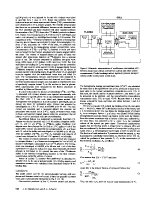 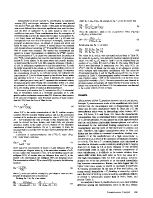 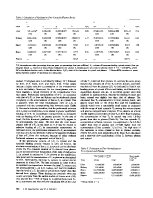 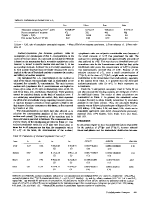 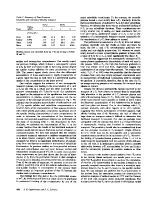 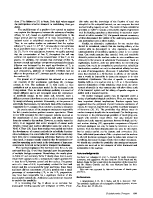 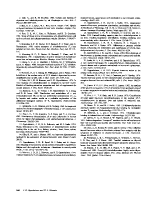