Insulin within islets is a physiologic glucagon release inhibitor.

Find articles by Hisatomi, A. in: JCI | PubMed | Google Scholar

To determine if glucagon secretion is under physiological control of intra-islet insulin, pancreata from normal rats were perfused at a 100 mg/dl glucose concentration with either guinea pig antiinsulin serum or normal guinea pig serum in a nonrecirculating system. Perfusion of antiserum was followed within 3 min by a significant rise in glucagon that reached peak levels three times the base-line values and assumed a hectic pattern that returned rapidly to base-line levels upon termination of the antiserum perfusion. Nonimmune guinea pig serum had no effect. To gain insight into the probable site of insulin neutralization, 125I-labeled human gamma-globulin was added to antiserum or nonimmune serum and perfused for 3 min. More than 83% of the radioactivity was recovered in the effluent within 3 min after termination of the infusion, and only 0.05 +/- 0.015% of the radioactivity injected was present in the pancreas 10 min after the perfusion. The maximal amount of insulin that could be completely bound to insulin antibody at a dilution and under conditions simulating those of the perfusion experiments was 20 mU/min. It is concluded that insulin maintains an ongoing restraint upon alpha cell secretion and in its absence causes hectic hypersecretion of glucagon. This restraint probably occurs largely in the intravascular compartment. Loss of this release-inhibiting action of insulin may account for initiation of hyperglucagonemia in insulin-deficient states. 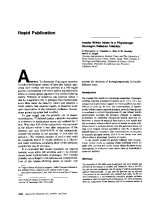 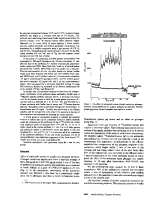 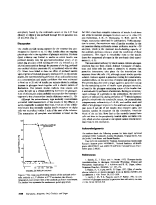 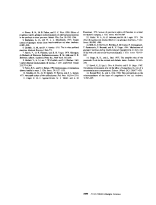