The effects of dexamethasone on glycosaminoglycan accumulation were examined in confluent human skin fibroblasts in vitro. The glucocorticoid consistently inhibited the incorporation of either [3H]acetate or [3H]glucosamine into hyaluronate when added to culture medium 72 h before harvest. This effect was half-maximal at approximately 1 nM and maximal at 5-10 nM. Inhibition occurred within 5 h of hormone addition and was near maximal by 25 h. 11 alpha-hydrocortisone (10 nM), deoxycorticosterone (10 nM), and progesterone (100 nM) failed to inhibit this accumulation; however, progesterone (2 microM), a known glucocorticoid antagonist at high concentration, could attenuate the response to dexamethasone by 57%. Cultures were pulse-labeled and then chase incubated for up to 68 h. No difference in the rate of [3H]hyaluronate degradation could be demonstrated in steroid-treated cultures. Triiodothyronine (T3) can also inhibit synthesis of hyaluronate in fibroblasts (Smith, T. J., Y. Murata, A. L. Horwitz, L. Philipson, and S. Refetoff, 1982, J. Clin. Invest., 70:1066-1073). Both T3 and dexamethasone could inhibit glycosaminoglycan accumulation in a dose-dependent manner. Maximal T3 effects were achieved at 1 nM and those of dexamethasone at 10 nM. Saturating concentrations of T3 and dexamethasone added alone inhibited [3H]hyaluronate by 54 and 49%, respectively. When both hormones were added, accumulation was inhibited by 84%. Dexamethasone inhibits [3H]hyaluronate accumulation in a time, dose-dependent, and stereo-specific manner. The rate of glycosaminoglycan degradation was unaffected, and thus, the steroid inhibited the rate of macromolecular synthesis. This effect was likely mediated through glucocorticoid receptors. Hyaluronate synthesis in skin fibroblasts appears to be regulated by both glucocorticoids and T3 through different pathways. 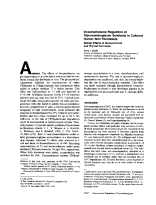 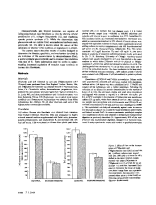 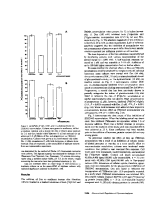 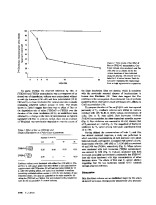 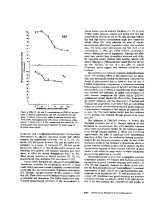 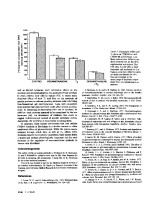 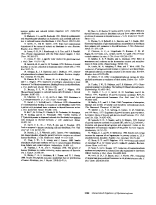