Find articles by Notkins, A. in: JCI | PubMed | Google Scholar

By fusing peripheral leukocytes from a patient with insulin-dependent diabetes with mouse myeloma cells, a heterohybridoma was isolated that, for over one year, has secreted a human monoclonal autoantibody, designated MOR-h1 (multiple organ-reactive human 1). This antibody reacts with antigens in several endocrine organs including the pituitary, thyroid, stomach, and pancreas. By double immunofluorescence, MOR-h1 was found to react specifically with growth hormone (GH)-containing cells in the anterior pituitary and, by enzyme-linked immunosorbent assay, MOR-h1 was shown to react with both natural and biosynthetic GH. Absorption experiments revealed that GH could remove the capacity of MOR-h1 to react not only with cells in the anterior pituitary, but also with cells in the thyroid, stomach, and pancreas. The demonstration with hyperimmune serum that these organs do not contain GH indicated that MOR-h1 was reacting with a different molecule(s) in these organs. By passing extracts of pituitary, thyroid, and stomach through an MOR-h1 affinity column and analyzing the eluted antigens by sodium dodecyl sulfate-polyacrylamide gel electrophoresis, a 35,000-mol wt polypeptide was isolated from each of these organs. In addition, a 21,500-mol wt polypeptide with an electrophoretic mobility identical to purified human GH was isolated from the pituitary, but not the other organs. It is concluded that MOR-h1 reacts with a 35,000-mol wt polypeptide present in the pituitary, thyroid, and stomach and that this antibody also recognizes a determinant on GH. 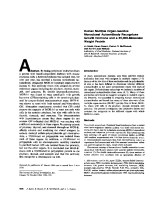 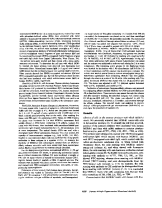 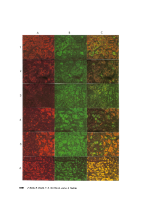 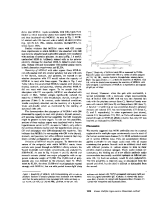 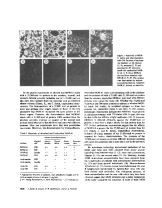 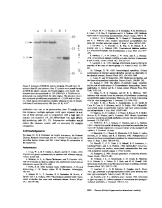