Human phagocytes can be triggered to generate large quantities of long-lived nitrogen-chlorine derivatives. This class of oxidants can be detected as early as 5 min after the addition of phorbol myristate acetate or opsonized zymosan particles. Unlike all other oxygen metabolites known to be generated by phagocytes, the nitrogen-chlorine compounds can be readily detected in cell supernatants 90 min after stimulation. The generation of these oxidants is linear with neutrophil concentration, favored at alkaline pH, and inhibited by supraphysiologic concentrations of iodide or bromide. The oxidants are hydrophilic in nature and have a half-life ranging from 5 h at 37 degrees C to greater than 100 h at 4 degrees C. Gel filtration chromatography of the accumulated nitrogen-chlorine derivatives revealed that the oxidants generated by neutrophils or monocytes are a complex mixture of products whose Mr range from 150-5,000. One-half of the nitrogen chlorine derivatives migrate as a single peak with an Mr of approximately 150. Amino acid analysis of this fraction identified the beta-amino acid, taurine, as the single nitrogenous compound present. Neutrophils triggered in the presence of serum albumin accumulated increased amounts of the nitrogen-chlorine derivatives while continuing to generate their endogenous low Mr oxidants. Quantitative analysis of the 36Cl incorporation revealed that the albumin molecule was chlorinated with the formation of both nitrogen-chlorine and carbon-chlorine bonds. We conclude that human phagocytes can chlorinate both endogenous and exogenous nitrogenous compounds at inflammatory sites to generate a heterogeneous mixture of nitrogen-chlorine derivatives. The ability of phagocytes to generate this class of long-lived oxidants whose hydrophilic characteristics restrict their localization to the extracellular space suggests that these species play an important role in modulating the inflammatory response. 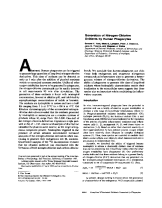 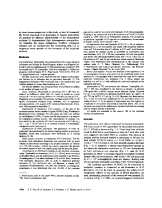 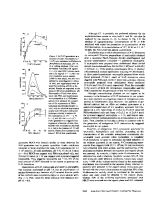 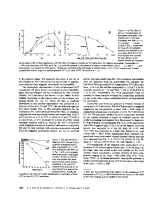 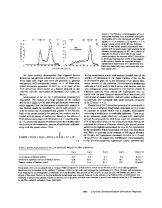 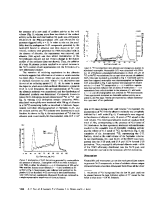 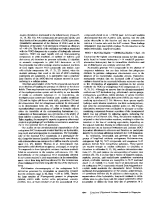 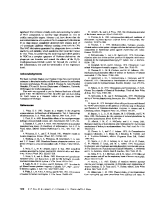 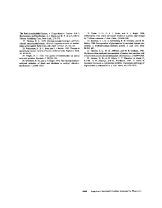