An immunohistochemical study using monoclonal antibodies specific for the heavy chains of either human atrial (HC alpha) or ventricular (HC beta) myosin was performed to clarify the distribution of each isozyme in normal as well as pressure-overloaded human hearts. In normal human ventricles, all muscle fibers were stained by a monoclonal antibody (HMC14) specific for HC beta, whereas a small number of fibers reacted with a monoclonal antibody (CMA19) specific for HC alpha. In contrast, in normal human atria, almost all muscle fibers were stained by CMA19, and a relatively larger number of muscle fibers also reacted with HMC14. Furthermore, in pressure-overloaded atria, muscle fibers reactive with HMC14 were strikingly increased while those reactive with CMA19 showed a corresponding decrease. The extent of this isozymic redistribution was in good correlation with atrial pressure. These results not only confirmed the existence of isoforms of myosin heavy chain in human hearts, but also demonstrated that redistribution of iso-myosins could occur as an adaptation to pressure overload. 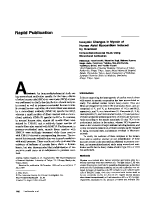 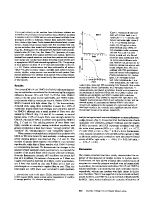 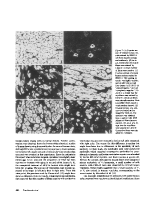 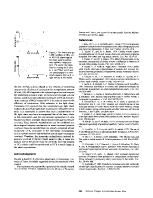