We have studied major histocompatibility complex markers in Caucasian patients with type I diabetes mellitus and their families. The frequencies of extended haplotypes that were composed of specific HLA-B, HLA-DR, BF, C2, C4A, and C4B allelic combinations, which occurred more commonly than expected, were compared on random diabetic and normal chromosomes in the study families. We demonstrated that all of the previously recognized increases in HLA-B8, B18, B15, DR3, and perhaps DR4 could be ascribed to the increase among diabetic haplotypes of a few extended haplotypes: [HLA B8, DR3, SC01, GLO2]; [HLA-B18, DR3, F1C30]; [HLA-B15, DR4, SC33]; and [HLA-BW38, DR4, SC21]. In fact, HLA-DR3 on nonextended haplotypes was "protective", with a relative risk considerably less than 1.0. There was a paucity or absence among diabetic patients of several extended haplotypes of normal chromosomes, notably [HLA-B7, DR2, SC31] and [HLA-BW44, DR4, SC30]. The extended haplotype [HLA-BW38, DR4, SC21] is found only in Ashkenazi Jewish patients, which suggests that extended haplotypes mark specific mutations that arise in defined ethnic groups. The data show that no known MHC allele, including HLA-DR3 and possibly HLA-DR4, is per se a marker for or itself a susceptibility gene for type I diabetes. Rather, extended haplotypes, with relatively fixed alleles, are either carriers or noncarriers of susceptibility genes for this disease. Thus, the increased frequency (association) or the decreased frequency (protection) of individual MHC alleles is largely explainable by these extended haplotypes. 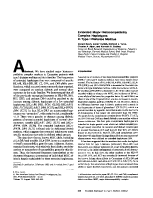 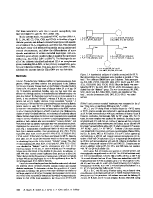 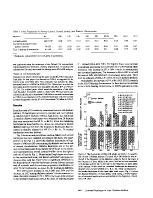 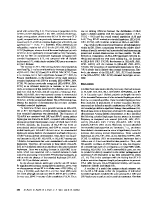 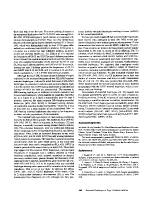 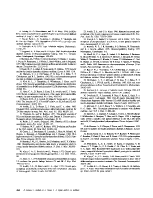