The highly polyunsaturated fatty acids in fish oils lower the plasma triglyceride concentration. We have studied the effect of a diet rich in fish oil on the rate of production of the triglyceride-transporting very low density lipoprotein (VLDL). Seven subjects, five normal and two with hypertriglyceridemia received up to 30% of daily energy needs from a fish oil preparation that was rich in eicosapentaenoic acid and docosahexaenoic acid, omega-3 fatty acids with five and six double bonds, respectively. Compared with a diet similarly enriched with safflower oil (in which the predominant fatty acid is the omega-6 linoleic acid, with two double bonds), the fish oil diet lowered VLDL lipids and B apoprotein concentrations profoundly. High density lipoprotein lipids and A1 apoprotein were also lowered, but the effect on low density lipoprotein (LDL) concentration was inconsistent. The daily production or flux of VLDL apoprotein B, calculated from reinjected autologous 125I-labeled lipoprotein, was substantially less in six subjects studied after 3 wk of fish oil, compared with after safflower oil. This effect on flux was more consistent than that on the irreversible fractional removal rate, which was increased in the four normolipidemic but inconsistent in the hypertriglyceridemic subjects. This suggests that fish oil reduced primarily the production of VLDL. The daily production of VLDL triglyceride, calculated from the kinetics of the triglyceride specific radioactivity-time curves after [3H]glycerol was injected, also showed very substantial reductions in five subjects studied. The marked suppression in VLDL apoprotein B and VLDL triglyceride formation was found not to be due to diminished plasma total free fatty acid or plasma eicosapentaenoic flux, calculated during constant infusions of [14C]eicosapentaenoic acid and [3H]oleic acid in four subjects. In two subjects there was presumptive evidence for substantial independent influx of LDL during the fish oil diet, based on the precursor-product relationship between the intermediate density lipoprotein and LDL apoprotein B specific radioactivity-time curves. 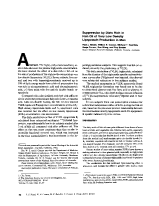 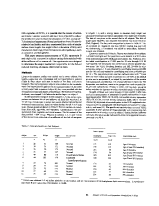 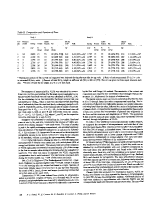 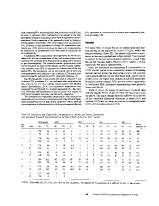 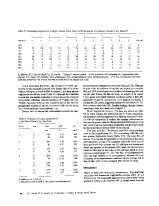 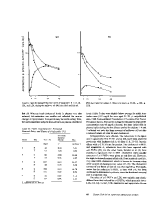 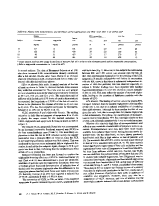 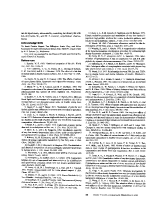