Effect of dexamethasone on in vivo prostanoid production in the rabbit.

Find articles by Náray-Fejes-Tóth, A. in: JCI | PubMed | Google Scholar

To investigate the effects of antiinflammatory steroids on in vivo prostaglandin production, urinary excretion rates of six different cyclo-oxygenase products were determined before, during, and after the administration of dexamethasone (1 mg/kg per d). Urine was collected in metabolism cages and was analyzed for prostaglandins E2 and F2 alpha (PGE2 and PGF2 alpha) by radioimmunoassay after open-column chromatography; 6-keto-prostaglandin F1 alpha (6-keto-PGF1 alpha) and thromboxane B2 (TxB2) were determined by radioimmunoassay after organic solvent extraction and reversed-phase high performance liquid chromatography; 7 alpha-hydroxy-5,11-di-keto-tetranorprostane-1,16-dioic acid (PGE-M) and 5 alpha,7 alpha-dihydroxy-11-keto-tetranorprostane-1,16-dioic-acid (PGF-M), the major urinary metabolites of prostaglandins E and F, were determined by gas chromatography-mass spectrometry and by radioimmunoassay, respectively. Dexamethasone failed to cause a statistically significant change in the excretion rate of PGE2 (control, 250.4 +/- 40.8; dexamethasone, 297.6 +/- 78.7 ng/kg per d). In contrast, PGF2 alpha excretion decreased during administration of dexamethasone (from 1,036 +/- 228 to 449 +/- 158 ng/kg per d; P less than 0.05). The urinary excretion rates of 6-keto-PGF1 alpha, TxB2, PGE-M, and PGF-M were not significantly altered by dexamethasone. (Control and dexamethasone values were, respectively, 63.6 +/- 7.9 and 103.5 +/- 17.9 ng/kg per d for 6-keto-PGF1 alpha; 13.0 +/- 3.0 and 14.8 +/- 2.1 ng/kg per d for TxB2; 1,251 +/- 217 and 1,905 +/- 573 ng/kg per d for PGE-M; and 4,131 +/- 611 and 4,793 +/- 600 ng/kg per d for PGF-M). Urine flow was significantly higher during dexamethasone administration (control, 159 +/- 24; dexamethasone, 305 +/- 29 ml/24 h; P less than 0.01). However, no correlation could be detected between changes in urine flow and changes in the excretion rate of any of the prostanoids investigated. It is concluded that the administration of pharmacological doses of glucocorticoids does not affect the basal rate of total body prostanoid synthesis. 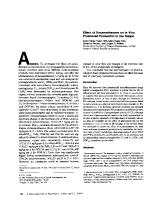 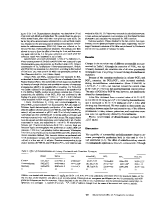 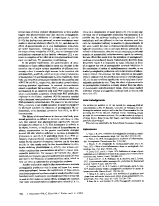 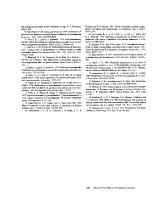