Influence of hyperglycemia on insulin's in vivo effects in type II diabetes.

The present study was designed to quantitate the interaction between the decrease in target tissue insulin action seen in subjects with Type II diabetes and the mass action effect of glucose exerted via the prevailing hyperglycemic state. To this end, euglycemic glucose clamp studies were performed in 26 control subjects using insulin infusion rates of 15, 40, 120, 240, and 1,200 mU/M2 per min and in 10 Type II diabetic subjects using insulin infusion rates of 120 and 1,200 mU/M2 per min. The results of these euglycemic studies indicated that insulin-stimulated peripheral glucose disposal was decreased in the Type II diabetics due to a combined receptor (rightward shift in the dose-response curve) and postreceptor defect in insulin action (decreased maximal response), whereas the decrease in insulin-mediated suppression of hepatic glucose output (HGO) was consistent with a defect in insulin binding (rightward shift in dose-response curve). Hyperglycemic glucose clamp studies were also performed in the Type II diabetics at their respective fasting serum glucose levels (mean [+/- SE] 280 +/- 17 mg/dl) employing insulin infusion rates of 15, 40, 120, and 1,200 mU/M2 per min. In the presence of their basal level of hyperglycemia, the noninsulin-dependent diabetes mellitus (NIDDM) subjects exhibited rates of overall glucose disposal that were similar to those observed in control subjects studied at euglycemia at similar steady state insulin concentrations. This suggests that in Type II diabetics, the mass action effect of glucose partially compensates for the marked decrease in insulin-stimulated glucose uptake observed under euglycemic conditions. However, even in the presence of hyperglycemia, insulin levels below 100 microU/ml had little effect and maximally effective insulin levels increased peripheral glucose disposal only 2.8-fold (142 +/- 7-413 +/- 47 mg/M2 per min) above basal in the Type II diabetics, compared with a sixfold increase (75 +/- 4-419 +/- 34 mg/M2 per min) in the control subjects studied at euglycemia. Thus, the severe insulin resistance that is a characteristic feature of NIDDM remains apparent. Basal HGO was elevated in the NIDDM subjects (157 +/- 6 vs. 76 +/- 4 mg/M2 per min for controls) and a high degree of correlation was found between the basal rate of HGO and the fasting glucose level (r = 0.80, P less than 0.01). The presence of hyperglycemia augmented insulin-mediated suppression of HGO, but did not restore it to normal. We concluded that: (a) in the presence of basal hyperglycemia, physiologic insulin levels exerts a diminished effect to suppress HGO and stimulate peripheral glucose disposal in NIDDM; (b) basal HGO is elevated in untreated Type II diabetics, and this may serve to maintain the level of hyperglycemia required to compensate for the decrease in peripheral insulin action; and (c) fasting hyperglycemia exerts a suppressive effect on HGO but does not completely compensate for the decrease in hepatic insulin action in Type II diabetics. 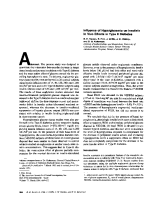 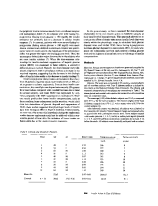 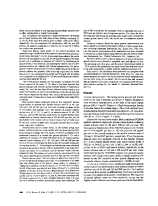 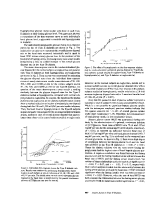 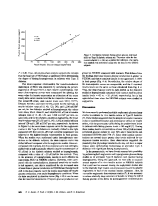 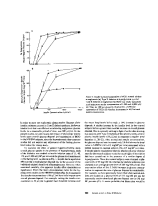 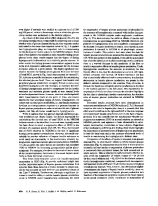 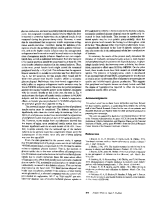 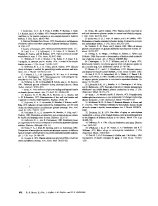