Improvement in in vitro insulin action after one month of insulin therapy in obese noninsulin-dependent diabetics. Measurements of glucose transport and metabolism, insulin binding, and lipolysis in isolated adipocytes.

Find articles by Kashiwagi, A. in: JCI | PubMed | Google Scholar

It has been previously reported that maximum insulin-stimulated glucose transport and utilization were both decreased, while basal lipolysis was increased in adipocytes from obese subjects with noninsulin-dependent diabetes mellitus (NIDDM). To determine whether these values can be returned towards those obtained in equally obese subjects with normal glucose tolerance, these measures of adipocyte metabolism were quantified in 10 NIDDM subjects before and after control of hyperglycemia with insulin. The results demonstrate that maximum insulin-stimulated glucose transport (P less than 0.02) and glucose incorporation into triglyceride (P less than 0.01) and CO2 (P less than 0.05) (at 5.5 mM glucose) increased and basal lipolysis decreased (P less than 0.05) after 4 wk of insulin treatment. In contrast, glucose incorporation into lactate and other glycolytic metabolites (at 5.5 mM glucose), and sensitivity of glucose transport to insulin, did not improve with insulin therapy. The latter occurred despite an increase in insulin binding (P less than 0.01). Finally, the improvement in maximal insulin-stimulated glucose transport correlated with the fall in fasting hyperglycemia (r = 0.77, P less than 0.01). These findings demonstrate that several of the abnormalities of carbohydrate and lipid metabolism recently noted to be present in adipocytes from patients with NIDDM can be shown to significantly improve with insulin treatment. 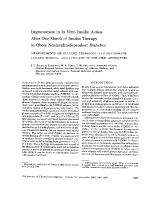 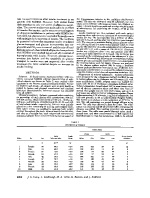 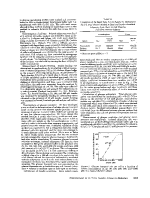 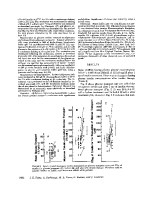 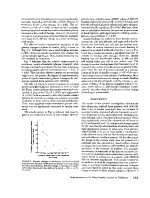 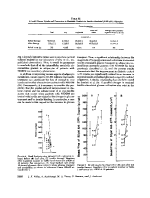 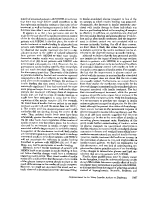 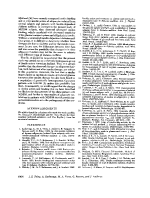 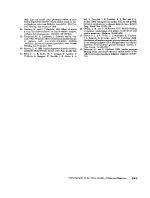