B Cooper and R I Gregerman

Find articles by Cooper, B. in: JCI | PubMed | Google Scholar

The possibility has been explored that decreases of adenylate cyclase may explain diminished hormone sensitivity of adipose tissue with aging. Isolated cells were prepared from epididymal fat pads of rats 1-, 2-, 6-, 12-, and 24-mo old, fixed in OSO4, and sized and counted with a Coulter apparatus. Adenylate cyclase was assayed in cell membranes (ghosts) using [alpha-32P] ATP as substrate and expressed as cyclic [32P] AMP/10 min per mg protein or per 10(6) cells. Enzyme activity was determined for the basal state and in the presence of varying concentrations of glucagon, ACTH, epinephrine, and fluoride. Basal activity per cell increased in threefold between 1 and 2 mo with a comparable increase in cell surface area, suggesting synthesis of enzyme along with new cell membrane. Although epinephrine stimulated adenylate cyclase 8-fold and fluoride 12-fold throughout the life-span of the rat, stimulated activity paralleled basal levels, decreasing 60% between 2 and 24 mo per mg protein and 40% between 6 and 24 mo per cell. Glucagon stimulated adenylate cyclase 4.5-fold relative to basal in the 1-mo-old rat, but its effect then rapidly decreased and was absent by 12 mo. The fourfold stimulation by ACTH noted in the 1-mo-old animals decreased gradually with age but was still twice basal at 24 mo. Since no significant change of cell size occurred after 6 mo, diminished hormone sensitivity with senescence cannot be related to cell size. Similar age-related patterns of hormonal activation were evoked by 5'-guanylyl-imidodiphosphate [GMP-P(NH)P], a nucleotide analogue which increased both basal- and hormone-activated enzyme at all ages studied. Dose-response curves to hormones, fluoride, and GMP-P (NH)P were not affected by age. High Mg++ (50 mM) in the presence of GMP-P-(NH)P stimulated adenylate cyclase to levels greater than with fluoride, but a similar loss of activity with aging was still observed. Loss of hormone receptors may partially explain the age-related decreases of glucagon and ACTH-sensitive adenylate cyclase, but decreased basal-, epinephrine-, fluoride-, and GMP-P-(NH) P-stimulated responses suggest loss of the catalytic component of the adenylate cyclase enzyme complex in the aging fat cell membranes. 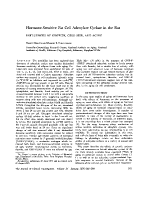 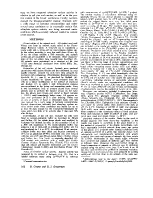 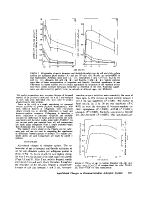 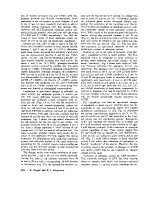 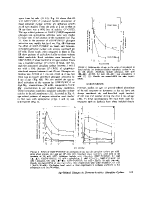 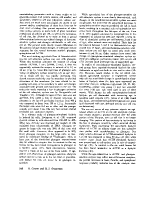 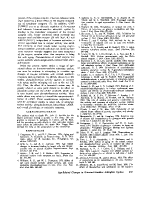 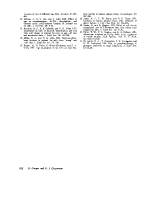