Reduced peripheral conversion of thyroxine to triiodothyronine in patients with hepatic cirrhosis.

The role of liver in the peripheral conversion of thyroxine (T4) to triiodothyronine (T3) was studied in normal subjects and patients with alcoholic liver disease by measurement of thyrotrophin (TSH) and total and free T4 and T3 in randomand serial serum samples. Also, T4 to T3 conversion rates and T3 disposal rates were compared by noncompartmental analysis. While the mean total serum T4 values were similar for the two groups, 8.6 and 8.1 mug/kl, the mean free T4 value was significantly higher in the cirrhotic patients (3.3 ng/dl) than in the normal subjects (2.1 ng/dl, P less than 0.001). The mean serum T3 value, 85 ng/dl, was significantly reduced in the hepatic patients as compared to a mean serum T3 value of 126 ng/dl in the normal subjects (P less than 0.001), while the free T3 value was 0.28 ng/dl in both groups. The reduction of the serum total and free T3 values were closely correlated with the degree of liver damage, as indicated by elevation of serum bilirubin (r equal -0.547) and reduction of serum albumin (r equal 0.471). The mean serum TSH level was 3.1 muU/ml in the normals and 7.1 muU/ml in the cirrhotic aptients ( less than 0.001). 15% of the hepatic patients had serum TSH values above 10 muU/ml, which, however, did not correlate with any of the four liver function tests studied. Serial blood sampling from two convalescing patients with alcoholic hepatitis showed a gradual normalization of serum TSH and T3 levels as the liver function improved. After oral T4 administration, 0.25 mg/day for 10 days, three of four cirrhotic patients studied failed to raise their serum T3 values. The mean T4 to T3 conversion rate of seven normal subjects was 35.7%. The mean T4 to T3 conversion rate of four cirrhotic patients studied was significantly reduced to 15.6% (P less than 0.001). The mean disposal rates of T4 and T3 of the normal subjects were 114 and 34 mug/day, respectively. The ratio of T4 disposal to T3 disposal was 3.5. In contrast, the mean T4 disposal rate, 82 mug/day, and the mean T3 disposal rate, 10 mug/day, were both reduced in the cirrhotic patients. Their ratio of T4 disposal to T3 disposal was 7.9. These findings suggest that impairment of T4 conversion in patients with advanced hepatic cirrhosis may lead to reduced T3 production and lowered serum T3 level. Therefore, the liver is one of the major sites of T4 conversion to T3. 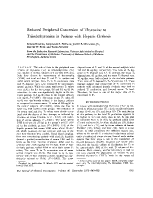 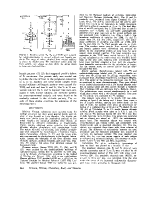 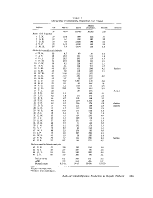 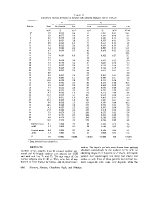 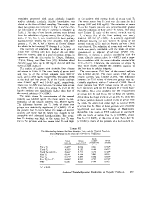 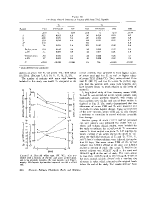 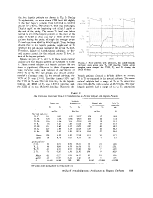 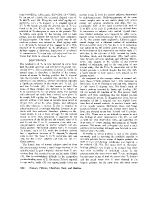 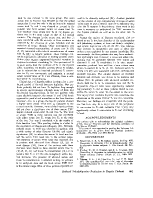 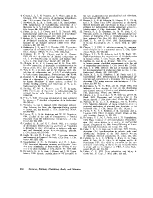