The mechanism of the effect of aspirin on human platelets. I. Acetylation of a particulate fraction protein.

Aspirin (acetylsalicylic acid) inhibits platelet prostaglandin synthesis and the ADP- and collagen-induced platelet release reaction. The mechanism of the inhibitory effect is unknown but may involve protein acetylation, since aspirin acetylates a variety of substrates, including platelet protein. We have examined the relationship between protein acetylation and aspirin's physiologic effect on platelets. Suspensions of washed human platelets were incubated at 37 degrees C with (3H)aspirin, and incorporation of radioactivity into protein was analyzed by sodium dodecyl sulfate polyacrylamide gel electrophoresis. Exposure to (acetyl-3H)aspirin but not (aromatic ring-3H)aspirin resulted in radioactive labeling of three platelet proteins, suggesting that the drug acetylates these three proteins. The acetylation of two of the proteins (located in the supernatant fraction) was not saturable, implying that these reactions may not be physiologically significant. Acetylation of the third protein, approximate mol wt 85,000 (located in the particulate fraction), saturated at an aspirin concentration of 30 muM and was complete within 20 min. Platelets prepared from aspirin-treated donors did not incorporate any (acetyl-3H)aspirin radioactivity into the particulate protein for 2 days after drug treatment and did not show full pretreatment uptake of radioactivity for 12 days thereafter. The course of increasing incorporation of (acetyl-3H)aspirin radioactivity parralleled that of platelet turnover. Therefore, in addition to its saturability, acetylation of the particulate fraction protein by aspirin was permanent. In two respects, the inhibition of platelet function by aspirin correlates well with the aspirin-mediated acetylation of the particulate fraction protein. Both persist for the life-span of the aspirin-treated platelet, and both occur at a similar saturating aspirin concentration. The evidence suggests that the physiologic effect of aspirin on human platelets is produced by acetylation of a single protein located in the particulate fraction. The acetylated protein may be related to cyclo-oxygenase, the prostaglandin G2 biosynthetic enzyme. 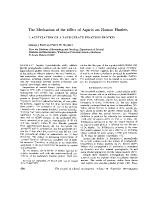 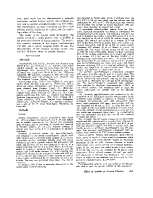 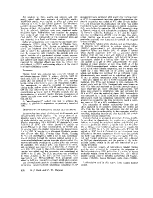 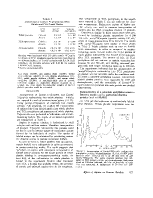 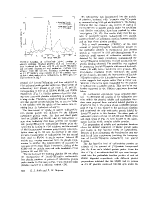 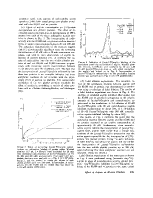 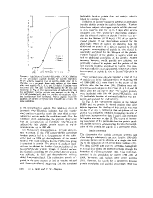 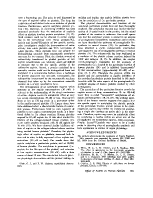 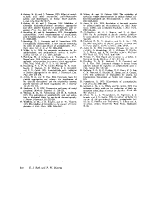