Effect of ketone infusions on amino acid and nitrogen metabolism in man.

To evaluate the role of hyperketonemia in the hypoalaninemia and decreased protein catabolism of prolonged starvation, Na dl-beta-hydroxybutyrate was administered as a primed continuous 3-6-h infusion in nonobese subjects and in obese subjects in the postabsorptive state and after 3 days and 3-5 1/2 wk of starvation. An additional obese group received 12-h ketone infusions on 2 consecutive days after 5-10 wk of fasting. The ketone infusion in nonobese and obese subjects studied in the postabsorptive state resulted in total blood ketone acid levels of 1.1-1.2 mM, a 5-15 mg/100 ml decrease in plasma glucose, and unchanged levels of insulin, glucagon, lactate, and pyruvate. Plasma alanine fell by 21% (P smaller than 0.001) in 3 h. In contrast, other amino acids were stable or varied by less than 10%. Infusions lasting 6 h reduced plasma alanine by 37%, reaching levels comparable to those observed in prolonged starvation. Equimolar infusions of NaC1 and/or administration of NaHCO3 failed to alter plasma alanine levels. During prolonged fasting, plasma alanine, which had fallen by 40% below prefast levels, fell an additional 30% in response to the ketone infusion. In association with repeated prolonged (12 h) infusions in subjects fasted 5-10 wk, urinary nitrogen excretion fell by 30%, returning to base line after cessation of theinfusions and paralleling the changes in plasma alanine. Ketone infusins resulted in two- to fourfold greater increments in blood ketone acids in fasted as compared to postabsorptive subjects. It is concluded that increased blood ketone acid levels induced by infusions of Na DL-beta-hydroxybutyrate result in hypoalaninemia and in nitrogen conservation in starvation. These data suggest that hyperketonemia may be a contributory factor in the decreased availability or circulating alanine and reduction in protein catabolism characteristic of prolonged fastings9 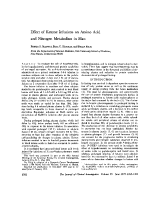 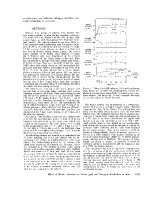 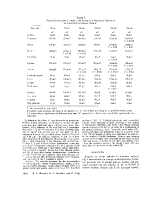 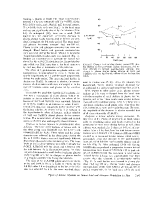 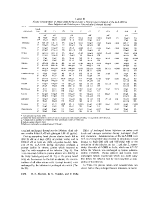 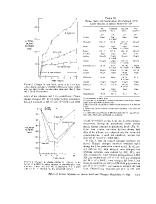 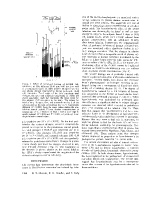 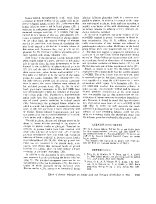 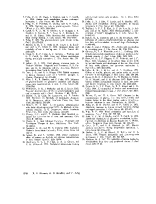