In 66 untreated patients with hyperthyroidism, serum triiodothyronine (T3) and thyroxine (T4) concentrations were measured by immunoassay. The mean T3 level was 478±28 ng/100 ml (all values mean±SEM) and the T4 was 20.6±0.6 μg/100 ml. The serum T4/T3 ratio by weight was 48±2 as opposed to a value of 71±3 in euthyroid adults. There was a significant inverse correlation of the T4/T3 ratios with serum T3 (r=0.77; P<0.01) but not with serum T4(r=0.21). These results suggested that relative overproduction of T3 is consistently present in patients with hyperthyroidism.

To examine the acute effects of various antithyroid agents on serum T3 and T4 concentrations, iodide, propylthiouracil (PTU), and methylmercaptoimidazole (MMI) were given alone to mine patients, and serial T3 and T4 measurements were made. There was an acute decrease in serum T3 over the first 5 days in the three iodide and three PTU-treated patients which was greater than that seen in the MMI group. This suggested that PTU and MMI had different effects on T3 production.

Previous investigations have shown that PTU inhibits T4 deiodination in hyperthyroid patients and decreases T3 production from T4 in animals. The greater acute decrease in serum T3 and the higher serum T4/T3 ratios in the PTU-treated patients seems best explained by an inhibition of peripheral T3 production by this agent. This conclusion is further supported by a direct relationship between the T4/T3 ratio on days 3-5 and the dose of PTU administered. These results further suggest that both thyroidal and extrathyroidal pathways contribute substantially to the apparent overproduction of T3 in hyperthyroidism. 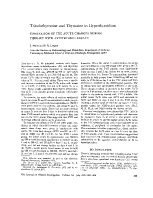 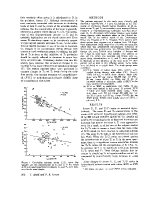 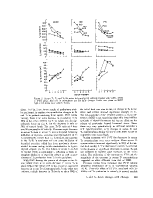 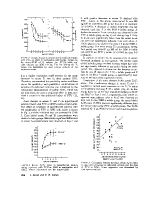 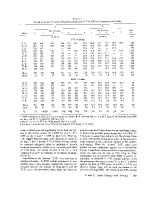 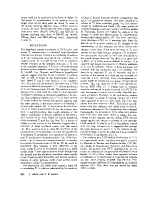 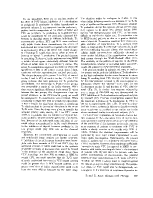 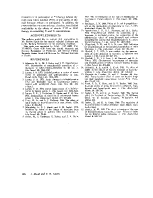