The glomerular mesangium. II. Studies of macromolecular uptake in nephrotoxic nephritis in rats.

Find articles by Fish, A. in: JCI | PubMed | Google Scholar

Find articles by Michael, A. in: JCI | PubMed | Google Scholar

These studies were designed to explore the effects of nephrotoxic serum (NTS) in rats on the uptake and processing by the glomerular mesangium of intravenously administered protein macromolecules (radiolabeled aggregated human IgG, [125I]AHIgG). Measurements of [125I]AHIgG levels in preparations of isolated glomeruli correlated well with qualitative estimates of glomerular IgG deposition seen by immunofluorescent microscopy. Rats given 2 ml NTS received 25 mg/100 g body wt [125I]AHIgG 48 h later and were sacrificed at varying time intervals thereafter. NTS-treated animals demonstrated a marked increase in glomerular uptake of [125I]AHIgG as compared with concurrent controls but a normal ability to clear [125I]AHIgG from the mesangium over 72 hr. Animals given 1.0, 0.5, and 0.25 ml NTS had neither proteinuria nor significant light microscopic changes, yet had increased uptake of [125I]AHIgG of 4.4, 3.0, and 2.1 times control values, respectively at 8 h after the infusion of aggregates. Rats given 1 ml NTS and 12.5, 6.25, and 3.125 mg [125I]AHIgG/100 g body wt had increased glomerular uptake at 8 h, but there was, within both NTS and control groups, a disproportionate decrease in uptake at lower [125I]AHIgG doses. Rats given cobra venom factor (CoF) followed by a NTS shown to be complement dependent (proteinuria reduced by prior complement depletion with CoF) had less mesangial [125I]AHIgG uptake than NTS controls but greater uptake compared with normal controls. CoF itself had no effect on mesangial or reticuloendothelial system [125I]AHIgG uptake. These studies demonstrate a striking change in glomerular mesangial activity after fixation of nephrotoxic antibodies to the glomerular basement membrane, even in the absence of proteinuria and suggest that subtle alterations of the filtration surface can influence mesangial function. The effect of NTS on the mesangium is due, in large part, to the glomerular injury and proteinuria which nephrotoxic antibodies produce. 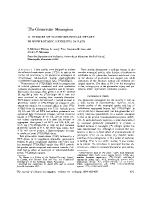 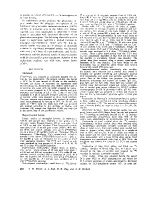 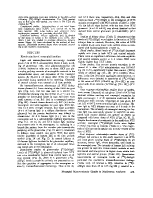 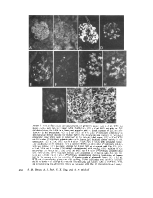 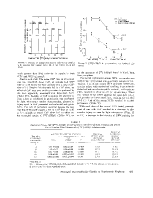 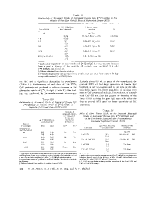 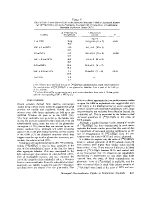 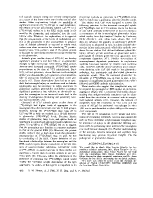 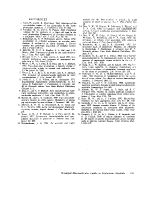