A multiple ligand-binding radioimmunoassay of diiodotyrosine.

A radioimmunoassay has been developed for the measurement of 3,5-diiodo-L-tyrosine (DIT) in serum. DIT was coupled to porcine thyroglobulin (PTg) with a molar ratio of 205:1. Rabbits were immunized with 1 mg of immunogen emulsified in complete Freund's adjuvant. Sera were screened for their ability to bind trace amounts of [125I]DIT. A serum that bound 40% of the tracer at a final dilution of 1:1,750 was used in the assay. Assay specificity was improved by the use of thyroxine (T4)-binding globulin as a second ligand-binding protein to decrease T4 and triiodothyronine (T3) cross-reactivity with the antibody. Double antibody and polyethylene glycol radioimmunoassays were compared. DIT present in the second antiserum shifted the double antibody assay standard curve and altered estimates of assay specificity and assay sensitivity. By using the polyethylene glycol system and butanol:ethanol extracts of serum, DIT was measured in human serum. In 35 apparently healthy young adult controls DIT levels averaged 156 ng/100 ml. Random DIT levels averaged 158 ng/100 ml in 11 untreated hyperthyroid patients and 84 ng/100 ml in 15 untreated primary hypothyroid patients. No diurnal pattern in DIT levels could be demonstrated. Thyroid-stimulating hormone administration led to a variable but small rise in DIT levels, but short term T3 suppression was not associated with a measurable fall in DIT concentrations. Paired serum samples from the carotid artery and thyroid vein of 10 euthyroid goiter patients and one patient with a toxic solitary adenoma all showed a positive transthyroidal gradient indicating the thyroidal release of DIT in each patient. Measurable DIT levels of 45, 47, 68, and 80 ng/100 ml, respectively, were found in four fasting athyrotic patients indicating that the thyroid is not the only source of serum DIT. 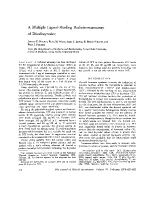 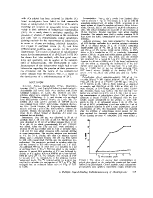 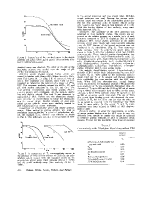 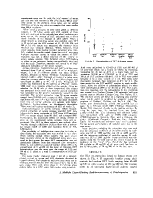 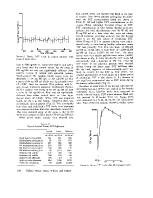 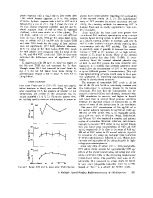 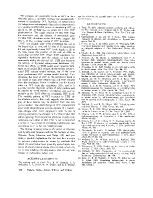