The resting transmembrane potential of skeletal muscle (Em) is thought to be a function of the ratio of intracellular to extracellular potassium concentration ([Ki]/[Ko]). In potassium deficiency, the fall of [Ki] is proportionately less than the fall of [Ko], thus theoretically predicting a rise of Em. To examine this theory and to characterize Em in kaliopenic myopathy, muscle composition and Em were measured during moderate (n = 5) and severe (n = 11) K deficiency in the dog and compared with measurements in the severely K-deficient rat (n = 10). Mean measured Em rose during moderate K deficiency in four of five dogs (-85.4 to -94.6 mV) and during severe K deficiency in the rat (-89.1 to -94.9 mV). Both values closely approximated the increase in Em predicted by the Goldman equation. In contrast, during severe K deficiency in the dog, a significant decline (P < 0.001) of mean Em to -55 mV was observed.

Since skeletal myopathy and paralysis do not occur in the rat as a consequence of K deficiency, the observation that Em falls as paralysis occurs in the unexercised dog suggests that alteration of muscle membrane function may play a role in kaliopenic myopathy. Such an event could explain the ease with which frank muscle necrosis may be induced by exercise in the K-deficient dog. 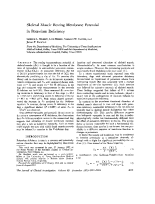 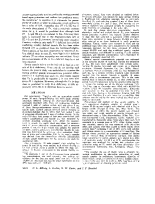 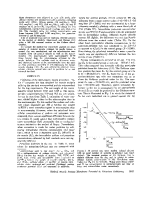 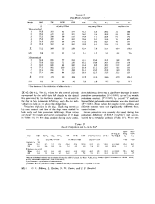 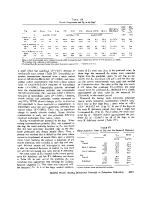 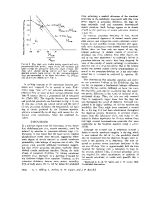 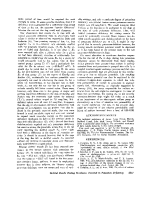 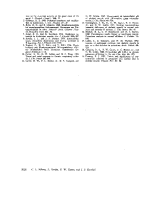