This study represented an initial attempt, by means of cross-sectional investigation, to determine the effects of chronic exposure to high altitude on pulmonary gas exchange. Single-breath DLco and its components were determined at rest and during muscular work in two groups of healthy, non-smoking, sea level natives who had initiated 1-16 yr of residence at 3,100 m altitude either during physical maturation (at age 10±4 yr) or as adults (at age 26±4 yr). The relative degree of acclimatization achieved in these lowland residents was assessed through their comparison both with normal sea-level values and with two additional groups of short-term sojourners and natives to 3.100 m. DLco at rest and work was significantly elevated above normal and above sojourner values in both groups of resident lowlanders at 3,100 m. The high DLco in the native to 3,100 m was closely approximated in the younger resident lowlander at rest, but only during exercise in the adult resident lowlander. The high DLco at rest and during exercise in the resident lowlanders was not attributable to differences in Hb concentration or in alveolar lung volume: and was accompanied primarily by an increased estimated Dmco and to a lesser extent by an expanded Vc. The interpretation and implications of these findings were limited by the low quantitative capability of Vc and Dmco estimates and by the cross-sectional nature of the study. Nevertheless, the higher than normal DLco and Dmco in the non-native, long-term resident of 3,100 m was substantial, highly significant statistically, and consistent over a wide range of metabolic rates at rest and work. These data provide, then, a reasonable rationale upon which longitudinal experiments may be based to determine the true effects of chronic hypoxia on pulmonary gas exchange in man. 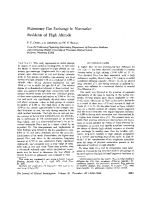 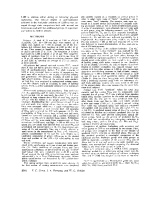 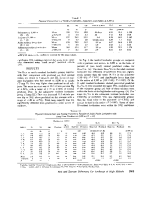 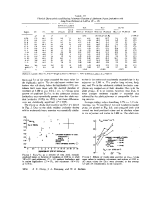 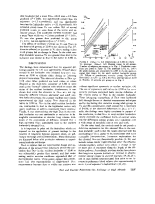 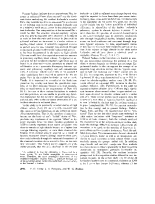 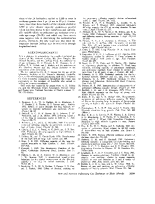