Find articles by Schreiber, A. in: JCI | PubMed | Google Scholar

Corticosteroids and splenectomy constitute two important therapeutic modalities in the treatment of autoimmune hemolytic anemia. Each of these may affect both the rate of synthesis of autoantibody and the clearance of antibody sensitized cells. The latter possibility has been examined in an experimental model which allows evaluation of the role of antibody and complement in the immune clearance of erythrocytes in molecular terms. The in vivo clearance of 51Cr-labeled guinea pig erythrocytes sensitized with purified rabbit IgG or IgM antibody to produce a known number of complement-fixing sites per cell was studied.

Corticosteroid therapy increased the survival of both IgG and IgM sensitized erythrocytes by decreasing sequestration in the reticuloendothelial system (RES). 5 days of therapy prior to injection of antibody coated cells were required for a maximal effect. It appeared that the RES of cortisone-treated animals had a lowered sensitivity to erythrocytes coated with antibody and complement and the cells were removed as though they were coated with fewer complement sites/cell. The general pattern and kinetics of clearance and the localization of sequestered cells were not modified by corticosteroids. As the number of IgG C1-fixing sites was increased, the difference betwen cortisone treated and control animals was less marked.

These experiments clearly demonstrate that both corticosteroid therapy and splenectomy act to decrease the in vivo clearance of IgG-sensitized cells: only corticosteroids alter the clearance of IgM-sensitized erythrocytes. This effect may be of major importance in explaining the efficacy of these therapeutic modalities in autoimune hemolytic anemia. 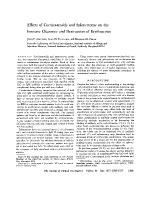 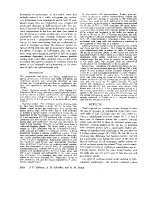 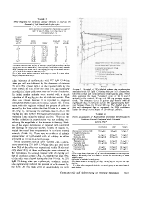 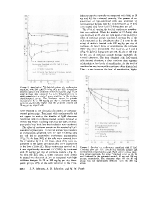 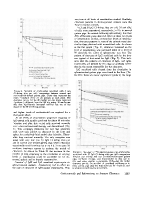 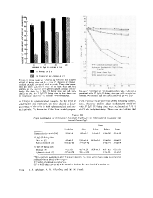 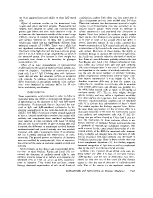 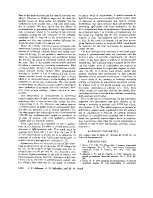 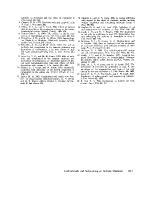