Hepatitis C virus (HCV) is an important human pathogen that is remarkably efficient at establishing persistent infection. The HCV core protein is the first protein expressed during the early phase of HCV infection. Our previous work demonstrated that the HCV core protein suppresses host immune responses, including anti-viral cytotoxic T-lymphocyte responses in a murine model. To investigate the mechanism of HCV core-mediated immunosuppression, we searched for host proteins capable of associating with the core protein using a yeast two-hybrid system. Using the core protein as bait, we screened a human T cell–enriched expression library and identified a gene encoding the gC1q receptor (gC1qR). C1q is a ligand of gC1qR and is involved in the early host defense against infection. Like C1q, HCV core can inhibit T-cell proliferative responses in vitro. This core-induced anti–T-cell proliferation is reversed by addition of anti-gC1qR Ab in a T-cell proliferation assay. Furthermore, biochemical analysis of the interaction between core and gC1qR indicates that HCV core binds the region spanning amino acids 188 to 259 of gC1qR, a site distinct from the binding region of C1q. The inhibition of T-cell responsiveness by HCV core may have important implications for HCV persistence in humans. 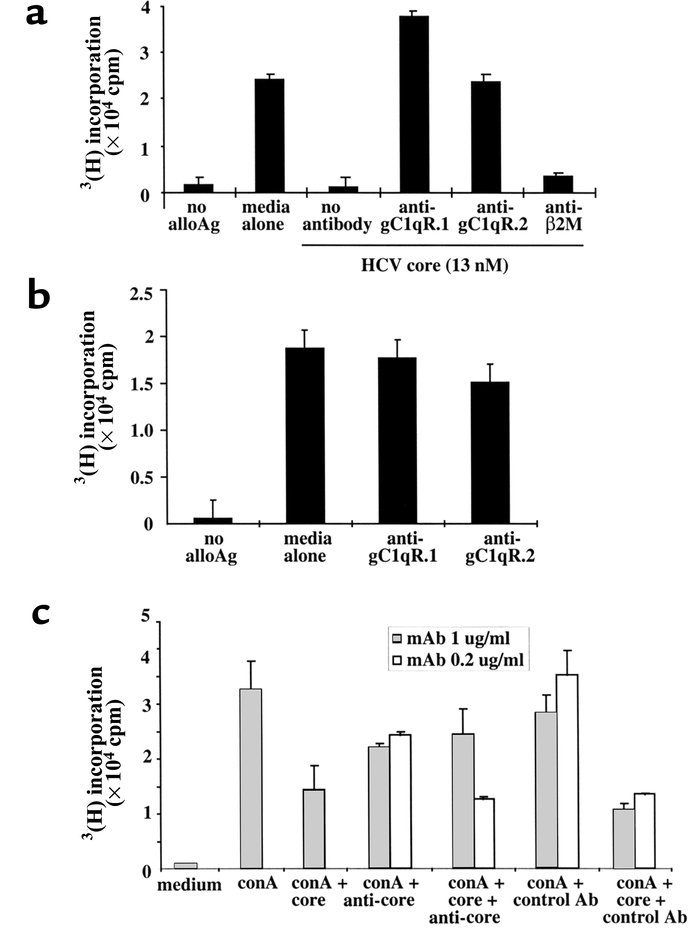