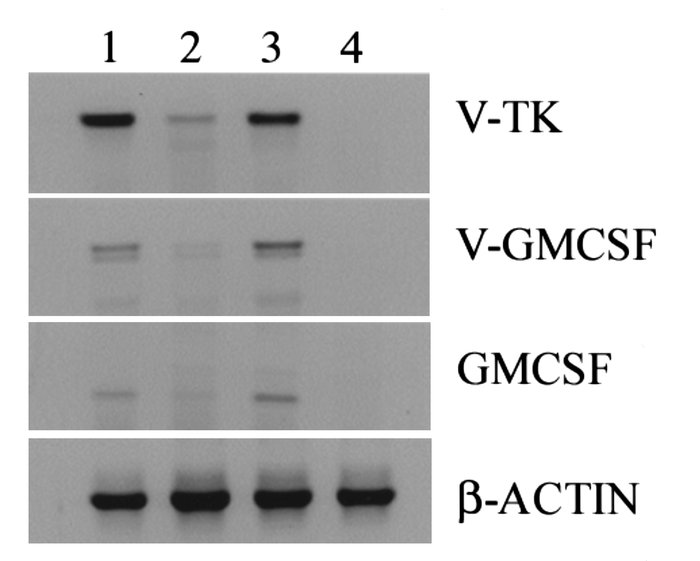 Persistent expression of vaccinia-encoded transgenes in biopsies of treated melanomas. To determine whether immune responses to the virus would blunt the effect of later doses, we performed RT-PCR on mRNA from biopsies taken from a single patient 18 hours after the last of a series of multiple injections (lane 1) or 18 hours after the initial injection of recombinant virus (2 lesions, shown in lanes 2 and 3). V-TK and human V-GMCSF were both expressed in injected lesions, early and late in the treatment. Endogenous human GM-CSF was also induced in the injected, but not an uninjected control, lesion.