The transcription factor GATA6 has been shown to be important for lung development and branching morphogenesis in mouse models, but its role in human lung development is largely unknown. Here, we studied the role of GATA6 during lung differentiation using human pluripotent stem cells. We found that the human stem cell lines most efficient at generating NKX2.1+ lung progenitors express lower endogenous levels of GATA6 during endoderm patterning and that knockdown of GATA6 during endoderm patterning increased the generation of these cells. Complete ablation of GATA6 resulted in the generation of lung progenitors displaying increased cell proliferation with up to a 15-fold expansion compared with control cells, whereas the null cell line displayed a defect in further development into mature lung cell types. Furthermore, transgenic expression of GATA6 at the endoderm anteriorization stage skewed development toward a liver fate at the expense of lung progenitors. Our results suggest a critical dosage effect of GATA6 during human endoderm patterning and a later requirement during terminal lung differentiation. These studies offer an approach of modulating GATA6 expression to enhance the production of lung progenitors from human stem cell sources. 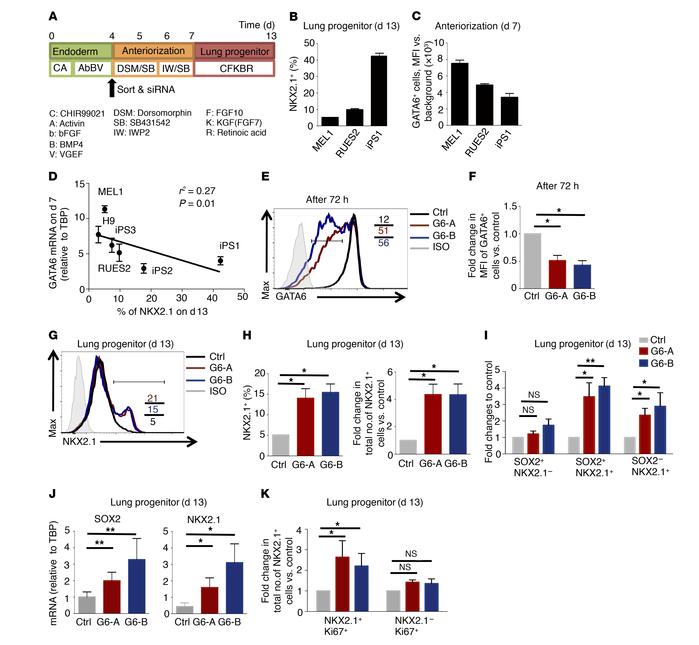