Old concepts and new developments in the study of platelet aggregation

Old concepts and new developments in the study of platelet aggregation 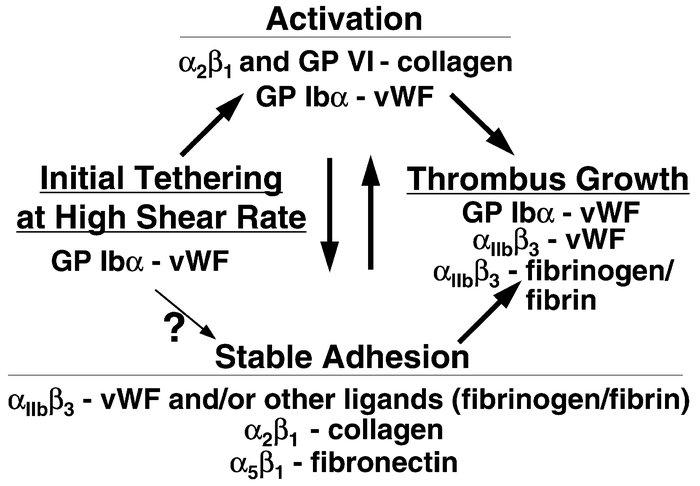 Interactions proposed to mediate platelet adhesion and aggregation during thrombus formation. Events are depicted from left to right as they may occur in temporal sequence, initiating with platelet tethering to a reactive surface. At shear rates of less than 500–1,000 s–1, table adhesion may occur independently of the initial vWF–GP Ibα interaction. The scheme considers only known adhesive interactions and does not exclude the relevance of other ligand-receptor pairs for platelet thrombus formation and other agonists in platelet activation. The 2 arrows connecting activation and stable adhesion express the hypothesis that activation usually precedes stable adhesion, particularly when thrombus formation occurs under the influence of high shear stress, but specific adhesive bonds may also enhance activation. (Modified from Savage et al. [10] and reprinted with permission.)