promoter mutation is associated with increased telomerase activity and a higher proliferative capacity. 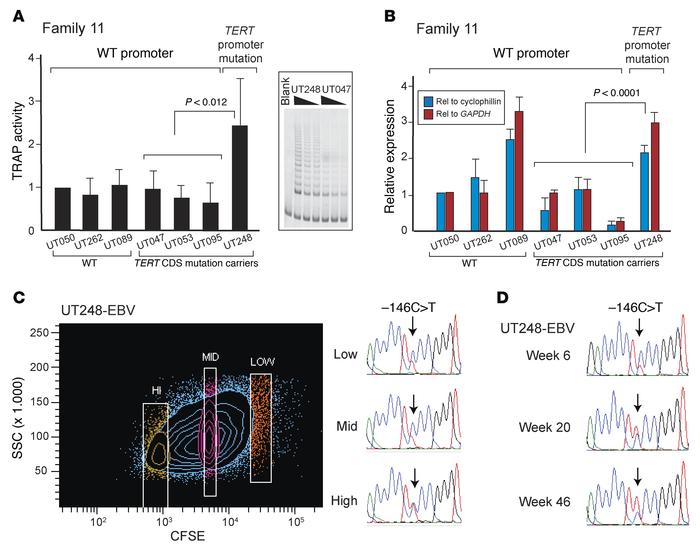 () Telomeric repeat amplification protocol (TRAP) activity of equivalent numbers of EBV-transformed lymphoblastoid cells derived from different individuals. Data are expressed relative to the activity of a WT control and represent the mean of 5 experiments. A representative gel is shown in the inset. values were significant after correcting for multiple comparisons. () Expression of human by real-time qPCR. Data are expressed relative to a WT control and represent the mean of triplicate experiments from 1 of 3 representative experiments. Data in and were analyzed by a 2-tailed Student’s test. Rel, relative. () Flow sorting of the UT248-EBV cell line to separate cells according to their proliferative capacity, followed by sequencing of the promoter. SSC, side scatter. () Sequencing of the promoter from DNA purified from the UT248-EBV cell line at different time points. The position of the –146 variant is marked by arrows in and .