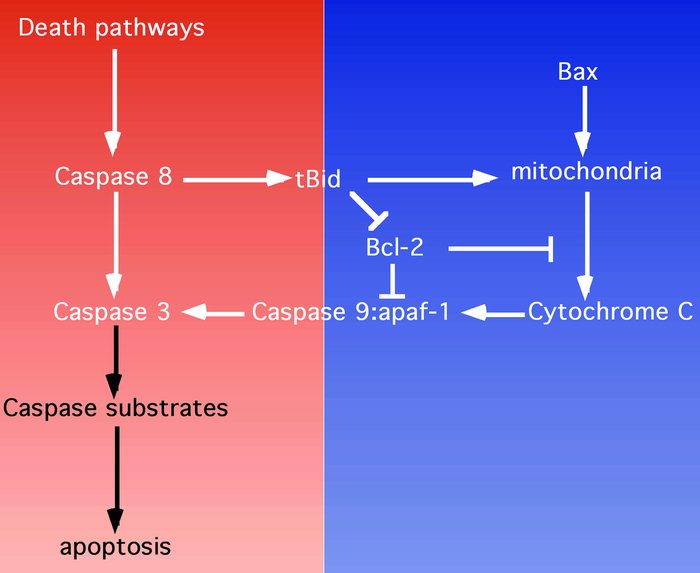 The core apoptotic machinery. The core apoptotic machinery comprises the caspases, members of the Bcl-2 family, and Apaf-1. Caspase 3 and other effector caspases carry out the process of cellular destruction that accompanies apoptotic signals. Effector caspases are cleaved and activated by initiator caspases, such as caspases 8 and 9. Caspase 8 is a target of activation by death signaling pathways. Bcl-2 family members regulate both mitochondrial damage and caspase activation. Certain antiapoptotic proteins can directly inhibit caspase 9 activation by Apaf-1, and in turn are antagonized by proapoptotic Bcl-2 family members such as tBid. The cleavage of Bid to tBid by caspase 8 and the inhibition of caspase 9 by Bcl-2 family members are examples of interconnections between the caspase pathway and the mitochondrial pathway of apoptosis.