A timeline of the Ebola outbreak in West Africa and the response by MSF. 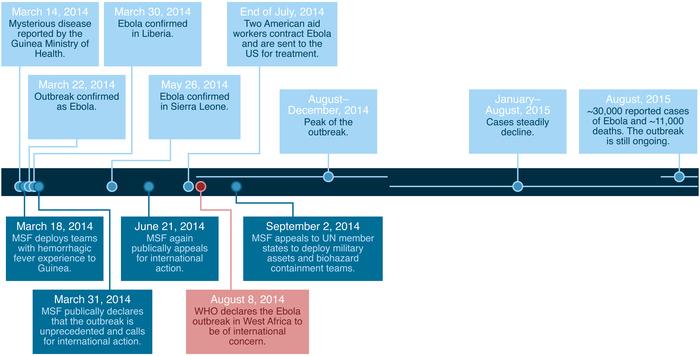 MSF responded early to the outbreak and immediately recognized the extraordinary nature of this epidemic. Despite early warnings and appeals to the international community, it would be months after the first confirmed cases before the WHO would declare the outbreak as a public health emergency of international concern. Ebola is on the decline in West Africa; however, much work remains to be done to restore the healthcare systems in the affected communities and ensure that the outbreak ends.