Malaria remains a global public health threat, with half of the world’s population at risk. Despite numerous efforts in the past decade to develop new antimalarial drugs to surmount increasing resistance to common therapies, challenges remain in the expansion of the current antimalarial arsenal for the elimination of this disease. The requirement of prophylactic and radical cure activities for the next generation of antimalarial drugs demands that new research models be developed to support the investigation of the elusive liver stage of the malaria parasite. In this Review, we revisit current antimalarial therapies and discuss recent advances for in vitro and in vivo malaria research models of the liver stage and their importance in probing parasite biology and the discovery of novel drug candidates.

The parasite life cycle in humans. 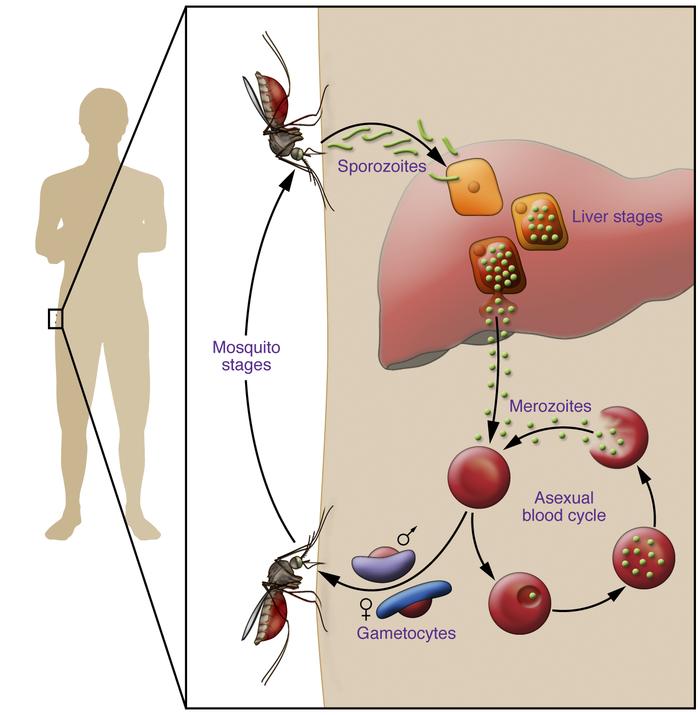 Mosquitoes carrying deposit parasites into the skin of the mammalian host. Parasites travel through the bloodstream to the liver, where they traverse several hepatocytes before establishing an infection. Within the final hepatocyte the parasite undergoes morphogenesis and then asexually divides to become over 10,000 blood-infective parasites, called merozoites. In the case of . , . , and . , the parasites can remain dormant in the liver in forms called hypnozoites. The merozoites are released back into the bloodstream, where they begin the cyclical blood stage. Within erythrocytes, a small fraction of parasites differentiate into male or female gametocytes. These gametocytes are ingested by the mosquito during blood feeding, where they will reproduce sexually, eventually leading to the formation of sporozoites.