Dyskeratosis congenita (DC) is an inherited BM failure disorder that is associated with mutations in genes involved with telomere function and maintenance; however, the genetic cause of many instances of DC remains uncharacterized. In this issue of the , Tummala and colleagues identify mutations in the gene encoding the poly(A)-specific ribonuclease (PARN) in individuals with a severe form of DC in three different families. PARN deficiency resulted in decreased expression of genes required for telomere maintenance and an aberrant DNA damage response, including increased levels of p53. Together, the results of this study support as a DC-associated gene and suggest a potential link between p53 and telomere shortening. 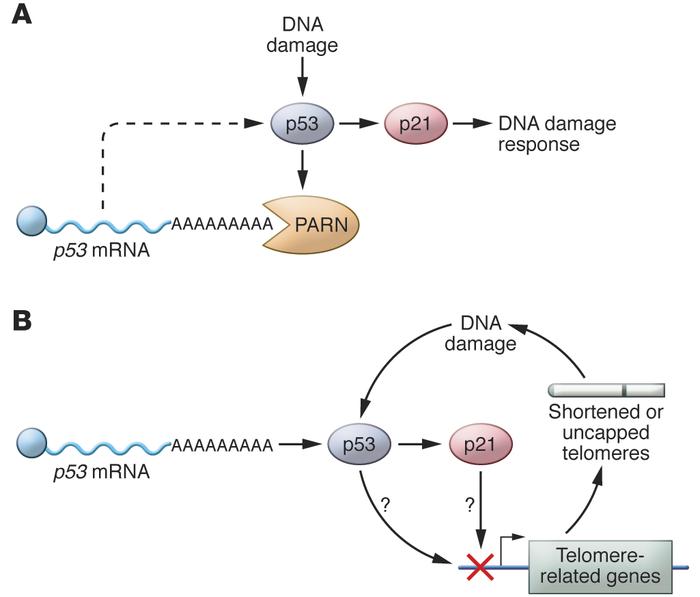