Cancer has long been viewed as a genetic disease; however, epigenetic silencing as the result of aberrant promoter DNA methylation is frequently associated with cancer development, suggesting an epigenetic component to the disease. Nonetheless, it has remained unclear whether an epimutation (an aberrant change in epigenetic regulation) can induce tumorigenesis. Here, we exploited a functionally validated -acting regulatory element and devised a strategy to induce developmentally regulated genomic targeting of DNA methylation. We used this system to target DNA methylation within the promoter in mice in vivo. Engineered promoter hypermethylation led to transcriptional suppression in somatic tissues during aging and increased the incidence of spontaneous cancers in these mice. Further, mice carrying a germline mutation in one allele and a somatic epimutation in the other had accelerated tumor onset and substantially shortened tumor-free survival. Taken together, these results provide direct functional evidence that epimutation drives tumor formation and malignant progression and validate a targeted methylation approach to epigenetic engineering. 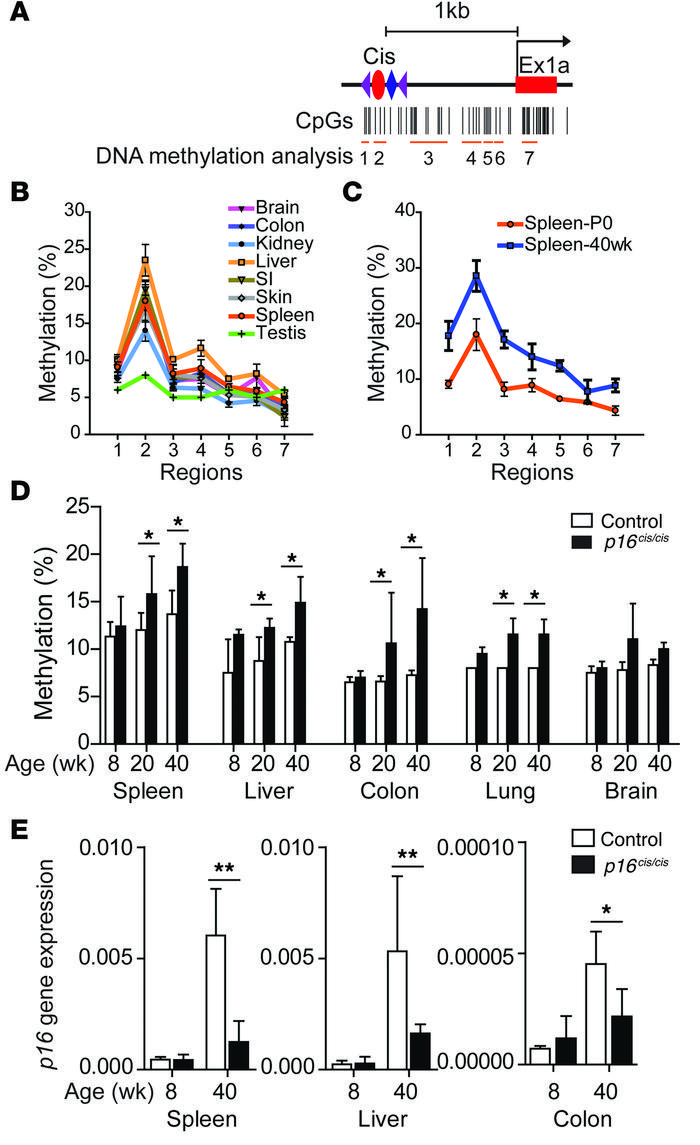