Kinase inhibitors have played an increasingly prominent role in the treatment of cancer and other diseases. Currently, more than 25 oncology drugs that target kinases have been approved, and numerous additional therapeutics are in various stages of clinical evaluation. In this Review, we provide an in-depth analysis of activation mechanisms for kinases in cancer, highlight recent successes in drug discovery, and demonstrate the clinical impact of selective kinase inhibitors. We also describe the substantial progress that has been made in designing next-generation inhibitors to circumvent on-target resistance mechanisms, as well as ongoing strategies for combining kinase inhibitors in the clinic. Last, there are numerous prospects for the discovery of novel kinase targets, and we explore cancer immunotherapy as a new and promising research area for studying kinase biology.

Regulation of tumorigenic programming by activation of kinases. 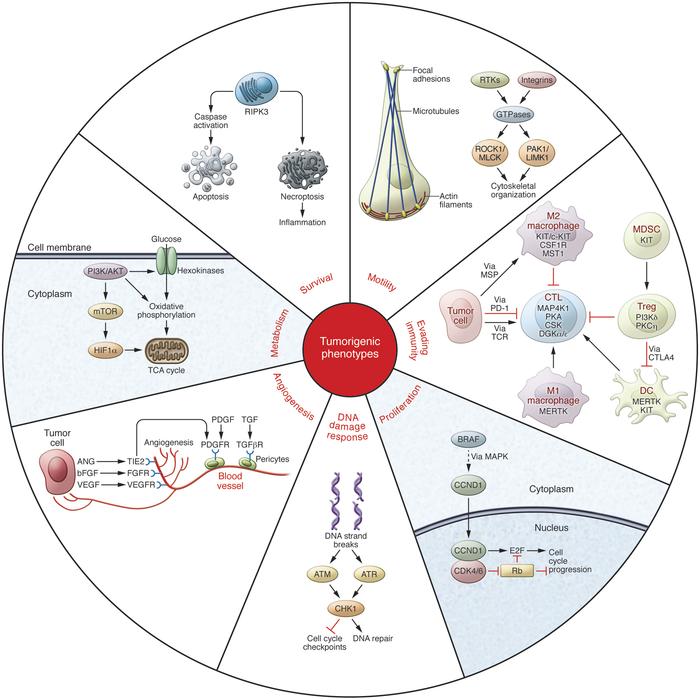