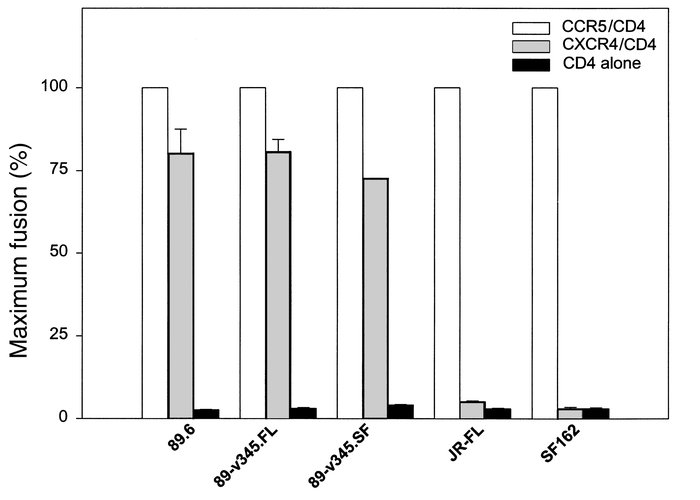 Fusion mediated by dual-tropic env glycoproteins. Effector 293T cells were infected with recombinant vaccinia virus vP11T7gene1, which expresses the T7 RNA polymerase, and then transfected with plasmids encoding the indicated genes. These were then mixed with quail QT6 cells that had been transfected with plasmids encoding CD4, the indicated coreceptor, and the luciferase reporter gene under control of the T7 promoter. Cells were lysed 16 hours after mixing, and luciferase levels were measured as an indication of cell-cell fusion and reporter gene transactivation. Data represent mean ± SEM of 3 experiments expressed as percent of maximal luciferase levels observed for each gene.