Therapeutic intervention with highly active antiretroviral therapy (HAART) can lead to suppression of HIV-1 plasma viremia to undetectable levels for 3 or more years. However, adherence to complex drug regimens can prove problematic, and subjects may temporarily discontinue HAART for variable periods. We studied 6 HIV-1–infected individuals who stopped therapy. Off HAART, levels of viremia were suppressed to fewer than 500 copies/mL in 2 subjects for more than 12 and more than 24 months, respectively, and in 1 subject for 4 months on 1 occasion. Three subjects failed to contain plasma viremia. Broad and strong HIV-1–specific immune responses were detected in subjects with prolonged suppression of viral replication. This longitudinal study suggests that containment of HIV-1 replication to low or undetectable levels after discontinuation of HAART is associated with strong virus-specific immune responses. Boosting of HIV-1–specific immune responses should be considered as an adjunctive treatment strategy for HIV-1–infected individuals on HAART. 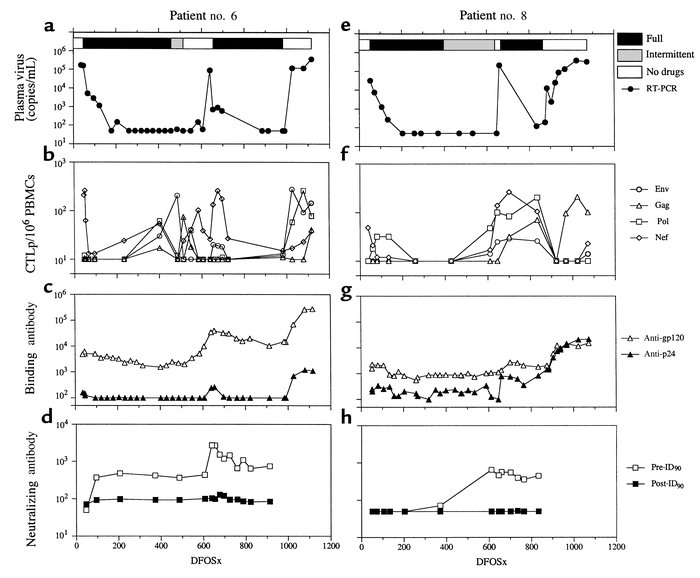