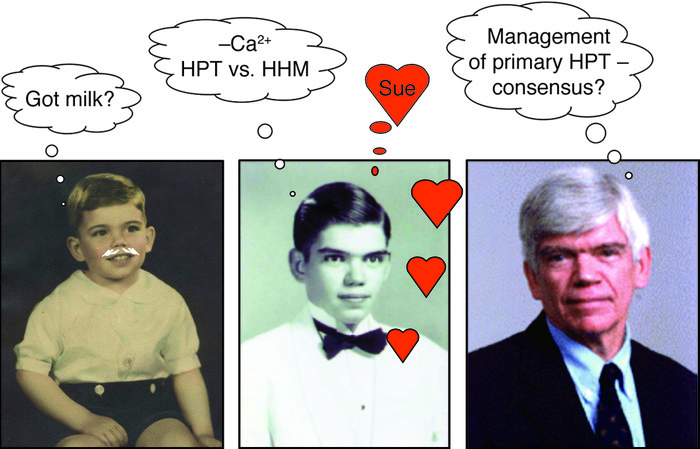 Left: As a toddler, John foreshadowed later advertisement campaigns in which celebrities supported the dairy industry with “Got milk?” ads. Middle: As a student, John’s interest in calcium metabolism was stimulated by Fuller Albright. Here we see him contemplating the differential diagnosis of hyperparathyroidism (HPT) versus humoral hypercalcemia of malignancy (HHM). Right: As a leader in the field, John has led several consensus conferences on the management of primary hyperparathyroidism.