While murine-based systems to identify cancer-promoting agents (carcinogens) are established, models to identify compounds that promote aging (gerontogens) have not been described. For this purpose, we exploited the transcription of , which rises dynamically with aging and correlates with age-associated disease. Activation of was visualized in vivo using a murine strain that harbors a knockin of the luciferase gene into the locus ( mice). We exposed mice to candidate gerontogens, including arsenic, high-fat diet, UV light, and cigarette smoke and serially imaged animals to monitor senescence induction. We show that exposure to a high-fat diet did not accelerate expression, whereas arsenic modestly augmented, and cigarette smoke and UV light potently augmented, activation of -mediated senescence. This work provides a toxicological platform to study mammalian aging and suggests agents that directly damage DNA promote molecular aging. 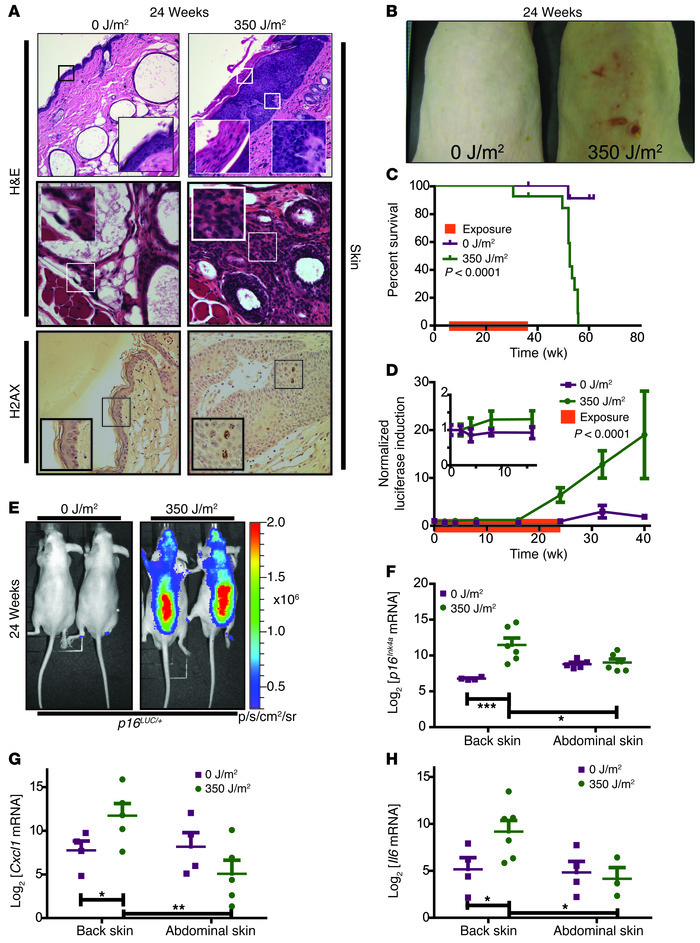