On the origin of the liver

On the origin of the liver

While it has been well established that the fetal liver originates from foregut endoderm, the identity of the mechanisms that maintain liver mass under both basal and injury conditions remains controversial. Dramatically different models have been proposed based on the experimental design employed. In this issue of the JCI, Malato and colleagues report their elegant new model for genetic lineage tracing of mature mouse hepatocytes using an adenoassociated virus–driven Cre recombinase. They show convincingly that maintenance of liver mass during normal turnover or in response to mild injury is achieved by mature hepatocytes, rather than cholangiocytes or specialized progenitor cells, as has been suggested by others. 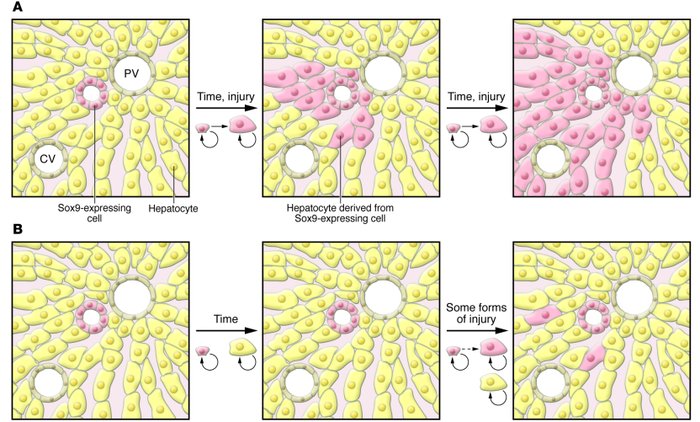