Targeted cancer therapeutics can be effective when patients are preselected to maximize the chance of response. Increasingly, molecular markers such as oncogenic DNA mutations are being exploited to help guide patient preselection. These DNA lesions can predict for either a positive or negative response to a given drug. Finding such predictive biomarkers is an ongoing challenge. New work by Di Nicolantonio and colleagues in this issue of the JCI demonstrates that PI3K catalytic α subunit (PIK3CA) mutations can sensitize cancer cells to the mammalian target of rapamycin (mTOR) inhibitor everolimus. In addition, they show that the concurrent presence of PIK3CA mutations and mutations in either KRAS or BRAF predict for resistance to this drug. These data suggest that mTOR inhibitors currently in use will be ineffective against cancers that have a mutation in either KRAS or BRAF despite having PI3K/AKT/mTOR pathway activation. 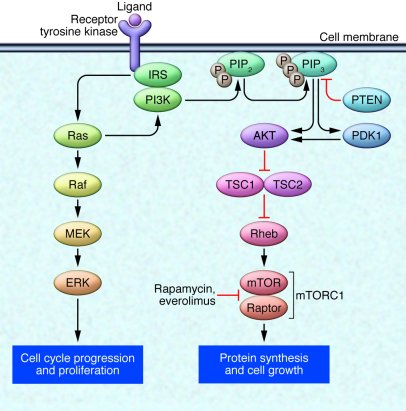