Geriatric bioscience: The link between aging and disease 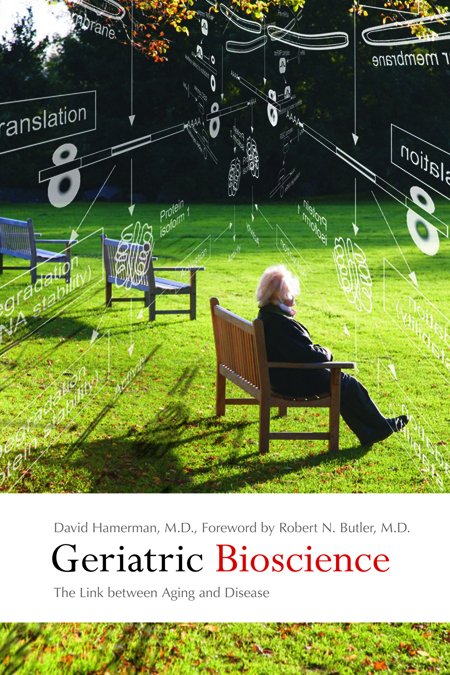 Geriatrics is a specialty of medicine that is still seeking to define itself. This may be attributable to at least two causes. First, it is one of the newest specialties. It was not until 1974 that the first training programs in geriatrics appeared and the field of aging research was established by the creation of the National Institute on Aging. This late start was due to the fact that it was not until the latter half of the 20th century, after the advent of antibiotics, that the elderly constituted a sufficiently large portion of the population to compel clinicians and researchers to recognize their specialized needs. As a relative newcomer, geriatrics is struggling to attract sufficient numbers of practitioners and physician-scientists, as well as funding. Less than 1% of the annual budget of the NIH is currently dedicated to aging research. Yet the elderly constitute the most rapidly expanding segment of our population, owing to the recent discovery of strategies to prevent and treat cardiovascular disease and cancer.

A second reason geriatrics is lagging as a specialty is that it was incorrectly categorized from the beginning. Geriatrics was created as a division within internal medicine, similar to infectious diseases or gastroenterology. This presumes that an elderly patient and a younger adult with the same disease should receive the same treatment. In contrast, in pediatrics, which stands alone as a discipline with its own subspecializations paralleling those of internal medicine, infants and children are recognized as having a unique physiology that requires a distinct approach to treating disease. One could argue the same about geriatrics. Elderly patients have a distinct physiology and different psychosocial needs from those of individuals in midlife, which warrants a specialized approach to disease prevention and treatment. David Hamerman addresses these issues head-on in his book Geriatric bioscience, highlighting how frailty and inflammation, inevitable components of aging, contribute to diseases seen in elderly patients.

Hamerman, Distinguished University Professor of Medicine at Albert Einstein College of Medicine, entered the field of geriatrics 25 years ago, less than a decade after geriatrics was recognized as a discipline in the United States. He is eminently qualified to author a book on the past, present, and future of geriatric medicine, as his career has encompassed performing basic research on the molecular basis of joint disease, chairing a Department of Medicine, and establishing a Division of Geriatics at his current institution.

As ill-defined as geriatrics is, the definition of aging is even more equivocal. Hamerman does not attempt to offer a unifying definition and instead surveys numerous experts in the field. He does, however, take the stance that aging and age-related diseases are separable, using the persuasive argument that aging is inevitable but disease is not. This launches a distinct, yet intimately intertwined, set of discussions of the molecular basis of aging and a subset of age-related diseases, including cardiovascular disease, diabetes, osteoporosis, arthritis, cancer, and neurodegeneration.

The most contentious topic in aging research is whether aging is driven by genetics or environmental stress. Hamerman provides an accurate discussion of the arguments for both sides, highlighting genes associated with longevity or early onset of age-related disease, as well as lifestyle choices that affect risk of morbidity in old age. A second topic of debate in aging research is whether life span is under evolutionary selective pressure. In his discussion, the author highlights the conserved signaling mechanisms that trigger cell senescence or death (apoptosis) in response to stress. These signaling mechanisms contribute to the deterioration of organ function as functional cells are lost. But they also prevent the uncontrolled growth of cancer, providing a clear illustration of the current and unifying hypothesis that aging arises as a consequence of genetic programs activated by environmental stress that evolved to protect multicellular organisms from cancer.

The book is divided into six chapters focused on: geriatrics as a discipline, an introduction to cell signaling, the molecular basis of aging, age-related diseases, therapies, and disease prevention in the elderly, with an epilogue that integrates these topics. Each chapter is a self-contained essay, making reading quite palatable, yet each contains numerous references to other chapters and to the scientific literature. The book is extremely well written, offering a comfortable foray into the current thinking on the molecular basis of aging and age-related disease, but it is not intended for the uninitiated. It contains specialized jargon, only briefly defined, that makes it accessible only to those with an advanced degree in medicine or biological sciences. However, Geriatric bioscience is a must-read for clinicians providing primary care in geriatrics, so that they may gain a better understanding of the recent explosion of information on the molecular basis of aging; for young clinicians in training who are in the process of selecting their specialization, to allow them to appreciate the feverish excitement and potential for great discoveries in the field of geriatrics; and for scientists doing research in the field of aging, in order to learn the history behind clinical geriatrics and the hurdles faced and yet to come.